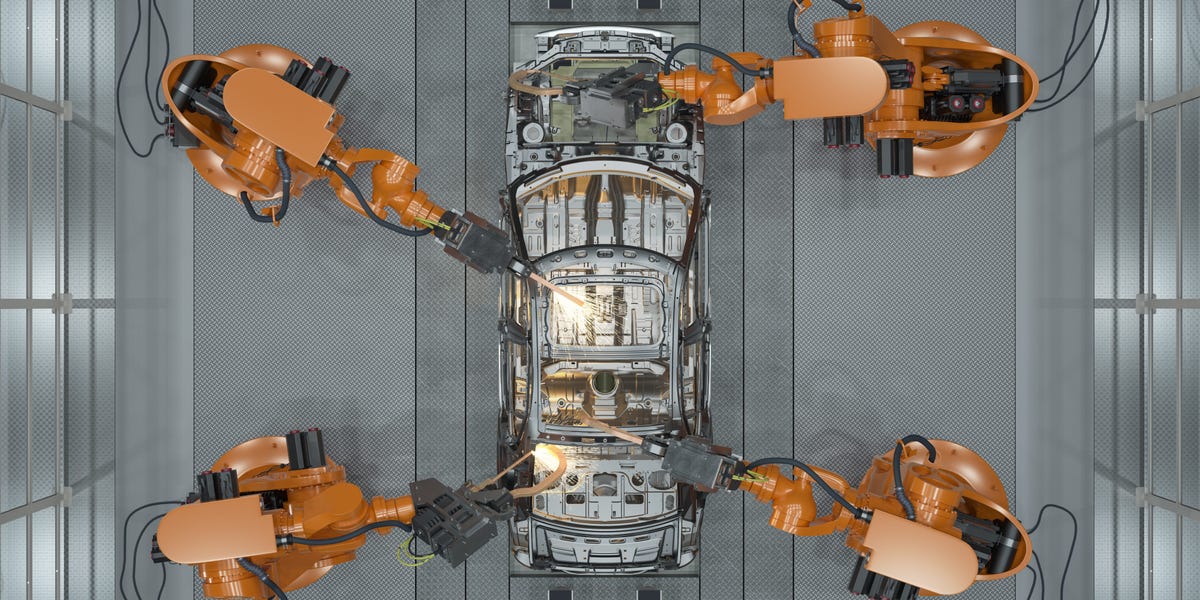 In the decades following the market reforms of 1978, the rapid growth of the Chinese economy heralded the emergence of a superpower.

By shifting its focus to industrial manufacturing, emphasizing greater economic efficiency, and welcoming foreign investment, the Chinese government increased the country’s annual growth rate from around 6% before 1978 to an average by 10% in recent decades. In some years, annual GDP has peaked at over 13% – by comparison, the annual GDP growth rate of the United States has averaged 1.7% over the past two decades.

But in recent years, China’s astonishing growth rate has slowed down due to structural constraints such as “declining workforce growth, declining returns on investment, and slowing down of productivity, ”the World Bank said.

The World Bank added that “the challenge for the future is to find new engines of growth while tackling the social and environmental legacies of China’s previous development path.”

Besides the ebb in growth, investors in 2021 were frightened by China’s brutal regulatory crackdown targeting sectors ranging from tech to education. From February to September of last year, these initiatives wiped out nearly $ 1 trillion in the market value of Chinese stocks.

It is therefore not surprising that at the start of 2022, investors are particularly cautious and increasingly divided on the trajectory of the Chinese economy. While some expect profits to improve as the Chinese government loosens its strict policies, others believe these strict market regulations will prevail for years to come.

The case of the bull: heavier regulation now facilitates the way forward

Morgan Stanley strategists predict a “rebound in growth” this year, a sentiment shared by analysts at UBS and the BlackRock Investment Institute, the latter predicting “a relatively brighter environment for Chinese assets.”

“China’s policymakers are prioritizing quality growth over quantity – a change that increases short-term risk but is positive in the long term, in our view,” BII analysts wrote.

According to the BII, policymakers took advantage of robust growth after the COVID-19 epidemics ended to initiate reforms earlier this year, significantly shifting “China’s overall political position towards increased public intervention and social goals , even at the occasional expense of growth “.

JPMorgan analysts agree, writing that policymakers have compromised “weaker short-term growth” for long-term goals, including “deleveraging, decarbonization and reducing income inequality.” However, the company remains optimistic about China’s short-term trajectory, saying it believes the growth rate will accelerate to 5.7% in 2022 from -3.1% in the third quarter thanks to the creation jobs, reduced financial leverage, reopenings and greater improvements. in regional cooperation and US-China relations.

“We expect tighter regulation to persist in China, but we believe it is unlikely to intensify in the politically significant year of 2022 given the slowdown in growth,” the team said. But even a slight reduction in regulation could provide a huge boost; IBI’s chief economist for China, Yu Song, said “markets may be underestimating that Chinese policy is about to ease from this year’s tight stance.”

In contrast, UBS’s MacLeod and Hizon said they believe Chinese policy “looks more neutral from here,” with tightening already underway. A drop in regulatory headwinds, they wrote, should encourage a rebound in earnings, especially in the Internet sectors.

Additionally, the duo said investor fears over government interference with antitrust and data privacy rules may be “exaggerated.” While there has been a substantial amount of regulation over the past year, the “proposed rules, remedies and enforcement are broadly in line with global best practice,” they said.

“As this becomes more evident, we believe concerns about the motivation for regulation are likely to subside, allowing risk premiums to ease,” MacLeod and Hizon continued.

Lei Meng, UBS China equity strategist, said Chinese policy follows a cycle of regulation and support. Rather than being frightened by technology regulations, investors “should focus on the positive side of China’s supportive policy,” which is currently benefiting the manufacturing and infrastructure sectors, he said.

UBS agreed, saying Chinese stock valuations would continue to trade “below regional averages” and Chinese assets would outperform with any improvement in growth policy or regulation.

At the sector level, Meng said internet stocks look cheap. Citing strong political support, rich valuations and strong growth over the next two years, he said he was also bullish on the manufacturing and renewable energy sectors, including electric vehicles and solar power. .

And while UBS has predicted that Chinese growth will “weaken” this year, Meng said the Chinese economic slowdown will put additional pressure on the market in the coming months. For this reason, it is overweight consumer staples and specific consumer discretionary subsectors, notably auto parts and major appliances.

Unlike the above companies, Goldman Sachs said it expects “China

Growth trajectory continues to decline, “adding that” growth in emerging countries excluding China may even overtake China in the years to come “with lower growth rates.

Despite this, Goldman Sachs remains bullish on the Chinese market, saying the “pervasive negativity” surrounding the market warrants a “more balanced outlook.” The company urged investors to keep in mind that economic growth, “even at a slower rate,” is still part of the policy goal. Even in the worst-case growth forecast scenario, the market remains stable, while accelerating growth follows the best-case scenario.

The case of the bear: regulatory headwinds will prevail

On the flip side, the Wells Fargo Investment Institute said the United States was still “likely to be the main source of global economic growth” even as the Chinese economy normalizes.

Wells Fargo said that “regulatory crackdown in China could mean more political restrictions limiting growth looming on the horizon, which would likely weigh more heavily on emerging markets.” Analysts also warned that a lack of local oil production meant Asian companies would be more vulnerable to higher energy prices than their US counterparts.

“We expect the global recovery to continue into 2022, but economic, earnings and currency conditions continue to favor the United States,” concluded Wells Fargo. It particularly favors large and mid-capitalization US equities over international equities.

Jefferies also maintains a modest overweight outlook in US stocks in 2022, with analysts expressing concerns about “downside risks to China’s GDP growth” as the government appears “unwilling to ease policy.” .

According to the company, global trade was affected last year by slower Chinese growth and a drop in critical manufacturing supplies due to power shortages. He said that if the electricity shortage extends to 2022, China’s economy will experience stagflation as price levels rise while output growth remains weak. In turn, analysts said, this “would make it more difficult for Chinese policymakers to relax.”

Bank of America analysts also affirmed a lower-than-consensus Chinese growth forecast of 4% in 2022, writing that the potential rebound in growth would be less deep than current expectations, especially considering the time needed to deploy. more flexibility measures.

Notably, the bank said it was surprised to see “the delay in the policy response in China so far.” Echoing the sentiment of JPMorgan and the BII, its strategists said they envision the possibility of a “stronger structural engine for delayed policy easing – with policymakers deliberately shifting the political priority from stable growth. short term towards long term social goals “.

But while declaring those longer-term goals to be ultimately positive, the bank warned that such changes implied “stronger headwinds” for near-term growth. China, he explained, would be forced to shift growth engines from “old engines” like real estate to “new ones” like sustainability and 5G relatively quickly to avoid further weakening trend growth. .