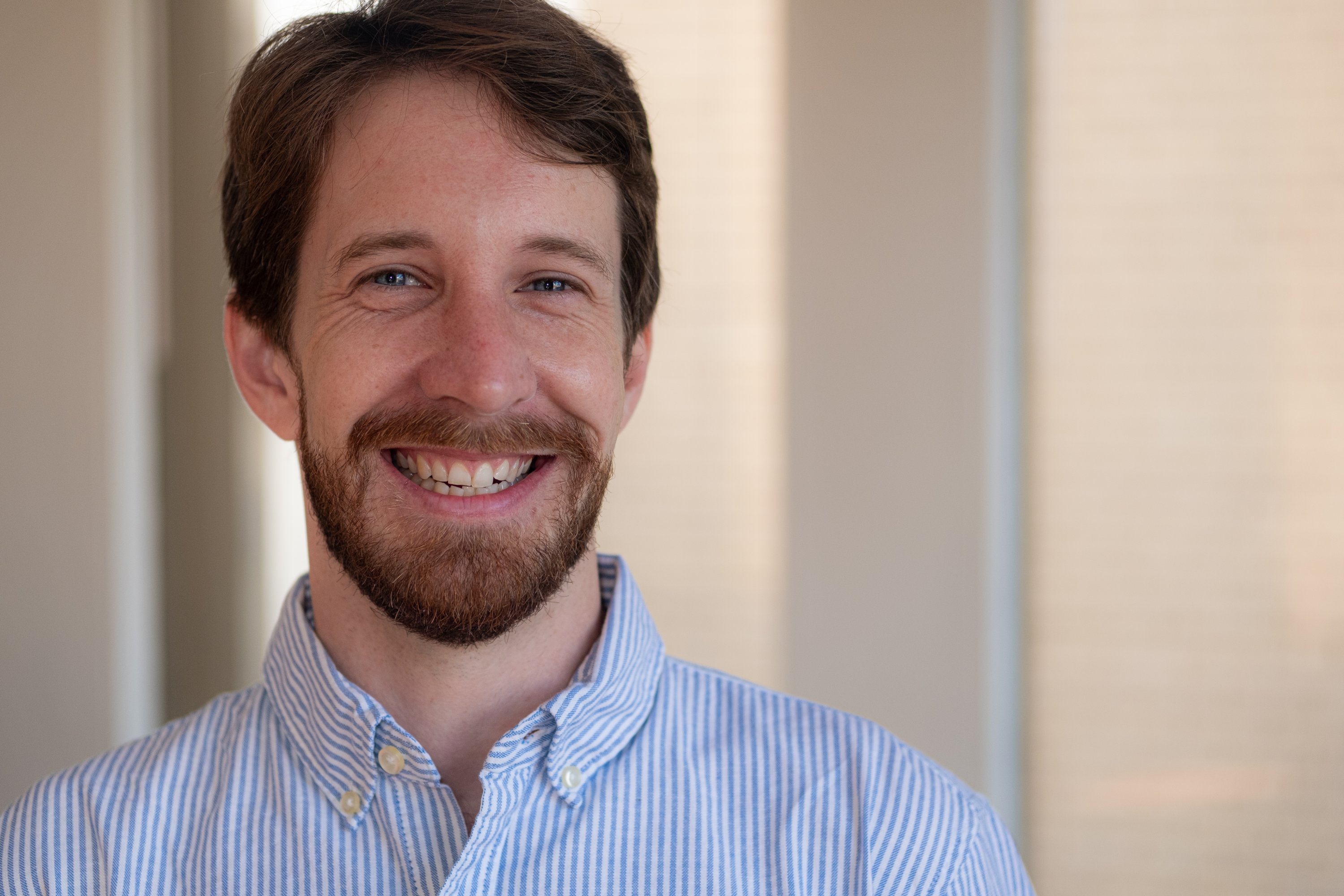 John David Minnich was under the spell of political philosophy until he crossed a bridge in China. The doctoral student in political science remembers very well this moving journey of 2009, undertaken within the framework of a program of summer research fellowships.

“Arriving from the airport, I was overwhelmed with my first glimpse of the Shanghai skyline – a scene of crazy activity,” he says. “I realized that I was witnessing the future and that I had to understand what was happening here to know where the world was going.” The experience was so powerful, adds Minnich, “that 15 years later, I’m still driven by it.”

In his nearly complete dissertation, Minnich explores how China’s strategic use of trade and foreign investment policy to bring about large-scale transfers of foreign technology has contributed to that country’s rapid economic rise.

“The United States and China are in the midst of a possible power transition,” Minnich says. “I want to understand how old great powers fall and how new powers rise.”

Minnich’s studies shed light on the mechanisms behind these tectonic shifts in global power.

“In the current era, rapid technological changes, globalization of production, capital flows and technology are driving growth rates,” he says. “Policies to harness these forces, such as those crafted by China, are key to explaining how one country becomes a superpower while others lag behind.”

In 2018, Trump administration policies that amounted to a new trade war with China provided a boost to Minnich’s doctoral research. “This war has led to the deterioration of US-China relations and a breakdown in communication, with life and death implications,” Minnich said. He was particularly interested in the punitive tariffs the U.S. government imposed on specific Chinese industries, justified primarily by what the administration called forced technology transfer and intellectual property theft.

“There has clearly been an incredible process of China going from a technological lag to a technological powerhouse and ahead of us in many critical industries,” Minnich says. “There had been no effort to systematically go out and document how China was using technology transfer policies strategically, so that’s what I decided to do.”

China has a well-established practice of requiring foreign companies doing business there to form joint ventures with domestic companies and share technology, Minnich said. But he wondered if there were variations by industry to this convention. So, in the first phase of his thesis research, he created a dataset showing “what policies were in place for a given industry, in a given year”, drawing on hundreds of pages of policy documents from the Chinese central government. This singular data set revealed puzzling variations in policy application.

Strong evidence of foreign technology transfer regulations emerged in a group of “objectively strategically important industries”. But in a strange twist, in the semiconductor industry, critical to the Chinese and global economy, the same rules didn’t apply. The explanation for this policy exception, Minnich believes, stems from China’s position in global supply chains.

In sectors where China imports products and provides a domestic consumer base, it has the greatest leverage over foreign companies and aggressively pursues technology extraction policies. Some examples cited by Minnich: manufacture of civil aircraft, automobiles, high-speed trains and wind turbines. But in industries where most of what China imports, it simply processes locally for re-export to consumer markets abroad — like semiconductors, until recently — it has less weight. “China depends on foreign companies, which not only directly employ millions of people in China, but also act as gatekeepers to international trade,” he said.

From revolutionary history to politics

Minnich’s journey to China began, unexpectedly, with his involvement in experimental theatre. Raised in Austin, Texas, by politically progressive parents, he discovered a penchant for the stage in fifth grade; in high school, he acted in regional productions. Inspired by the essays of playwright Bertholt Brecht, Minnich immersed himself in political philosophy. This led to a summer program and, at Cornell University, an undergraduate program, in critical theory and revolutionary history.

“Then with the Beijing Olympics in 2008, China was on the map,” he recalls. “If I was seriously interested in the world history of revolutions, I had to look at the Chinese revolution.” He crossed the bridge to Chinese studies. “I had spent two years acquiring powerful theoretical tools to understand the past, but realized that what I was witnessing would transform the way the world works.”

Minnich left Cornell with a degree in history and Asian studies, then spent two years in China immersing himself in Mandarin. Upon his return, he worked as an Asia-Pacific analyst for Stratfor, a geopolitical risk analysis platform. “My main responsibility was Chinese political economy and US-China relations,” he says. “It taught me to make big-picture theories of state behavior and to develop a deep understanding of different industries.”

Certain he wanted to become a China scholar, Minnich headed to MIT. “Since that moment in Shanghai 14 years ago, only one thing has motivated me: the reasons behind China’s rise and its potential consequences.”

Research as a resource

Along with advisers M. Taylor Fravel, In Song Kim, Richard Samuels, and Jonathan Kirshner, Minnich has crafted an ambitious research agenda that challenges the conventional understanding of how states advance their political goals through politics. commercial. Many researchers attribute a major role to interest groups, he says. “But you can’t understand China’s trade policy without considering the Chinese Communist Party’s strategic goals to accelerate the country’s rise,” he said.

Minnich thinks his findings will prove useful. “A better understanding of where China does or does not enforce trade rules and industrial policies will leave policymakers better equipped to develop effective responses,” he says. Minnich adds that he has found evidence that developing countries are beginning to employ tactics pioneered by China to secure technology transfers.

He also wants to sound the alarm about the long-term consequences of the US-China trade war. “It erodes cultural and educational exchanges between countries and affects the American business community’s view of China in potentially dangerous ways,” he said.

Continuing his thesis research, Minnich is currently building a comprehensive database of Chinese industrial and technological policies from 1978 to the present day, which he will make public upon completion. Funded by the National Science Foundation and the American Political Science Association, the database will include more than 60,000 political documents in Chinese. “I’m creating this so that future Chinese researchers can probe a lot of questions,” he says.

Minnich’s next task is to turn his dissertation into a book on how China regulates the inflow of goods and capital to secure foreign technology transfers. At the same time, he is also planning his next project, which will study the evolution of China’s efforts to shape its strategic environment. “Ultimately, this will lead to much more important work: insight into the whole process of China’s rise,” Minnich says.