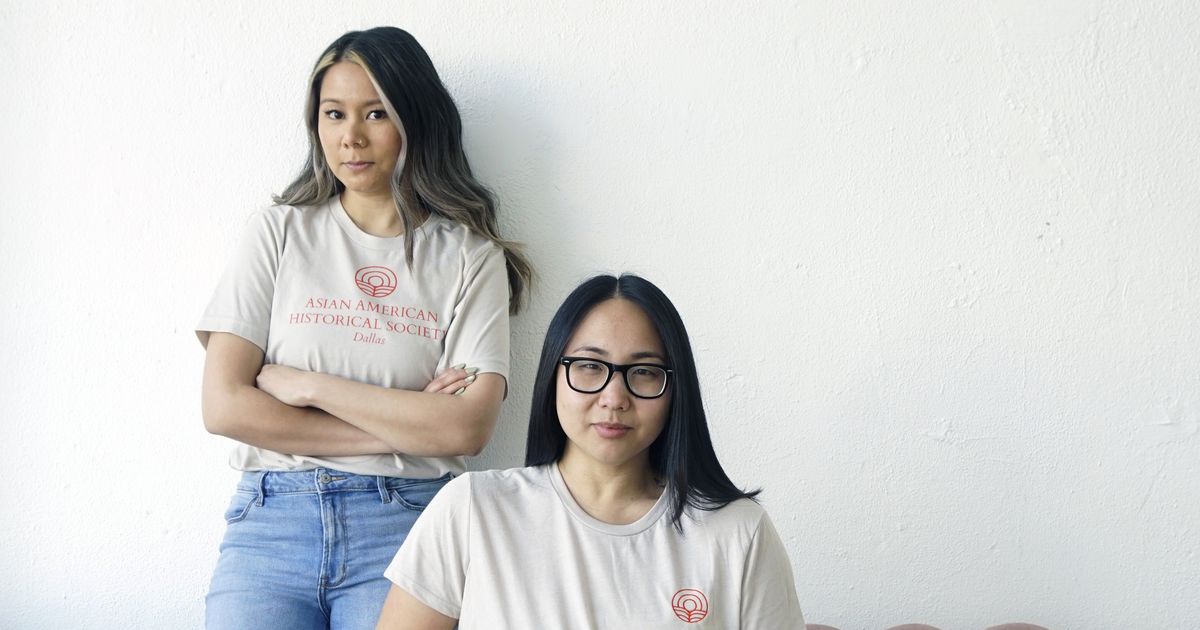 Suzanne Insook Ahn was a Korean American activist in Dallas who fought for Asian American and women’s rights, and someone most Dallas residents have never heard of.

Ahn was born in Busan, Korea in 1952 and moved to the United States when she was seven, and grew up in Tyler. She received her medical degree from UT Southwestern in Dallas. In addition to being a neurologist, she was a philanthropist and community activist. In 1989, she helped found the Dallas Summit, which pushes for “greater civic voice and greater impact for women,” according to its website. Ahn’s life was cut short by lung cancer in 2003; she was 51 years old. Before her death, she donated $100,000 to the Association of Asian American Journalistsa gift to amplify the voice of people in his community.

“I guess I’m really three different people,” Ahn said during an interview for an article in The Dallas Morning News that ran in September 1982. “There’s my medical practice, there’s my work in politics and in the women’s movement and there is my social life.

Ahn now has one more realization: she is the inspiration for the Dallas Asian American Historical Society, founded in March this year. It was upon learning about Ahn’s life that historical society founder Stephanie Drenka came up with the idea for her new organization.

“I felt like we lost his story,” Drenka said. That realization hit her as she attended an event in Fort Worth honoring Opal Lee, a black activist who led efforts to make Juneteenth a federal holiday. Drenka realized that younger generations of Asian Americans had no way to connect to Ahn’s story, as young people connected to Lee.

Drenka had heard of Ahn in a book called Asian Texans. The only photos she could find of her were in black and white. Drenka wrote what she could piece together in a social media post on behalf of Dallas Truth, Racial Healing and Transformation.

“I was so inspired but also devastated that I couldn’t interview him,” she said.

With this sense of urgency, Drenka, a local activist, began developing plans for the Dallas Asian American Historical Society, a nonprofit whose mission is to chronicle the history of Asian American communities in the city. The association became official in April.

Drenka has a long history of collecting historical artifacts, such as matchboxes and Chinese restaurant menus in Dallas. She had documents discovered on the tombstone of Jue Lee Honga Chinese American who died in the city in 1900.

She also met an old friend she met through fashion blogs, Denise Johnson, co-founder of the New Historical Society, who had begun collecting oral histories of Asian Americans in the city. The project, titled hear me roarhas been incorporated into the objectives of the historical society.

“I feel like if people can hear these stories, it adds another level of compassion and understanding,” Johnson said. “I hope it will leave a legacy with a whole new generation of understanding of different cultures and acceptance.”

The Dallas Asian American Historical Society joins the mission of several other Dallas organizations that focus on the history of minority communities. Several historical organizations created a coalition in 2016 to bring together different cultures of the city to compile a more complete history of Dallas.

“We’re trying to get people to understand that we’re part of the city’s history, just like the Asian community, the Hispanic community and others,” said George Keaton, founder of Remembering Black Dallas. “We are not isolated from the bigger picture.”

Victoria Ferrell-Ortiz, a historian specializing in the Mexican diaspora in Dallas, said there was plenty of room for collaboration.

“I think what Stephanie [Drenka] is continuing the narrative of ensuring that the generational richness that accompanies the historical knowledge told from our lenses is so important,” she said.

Although Drenka’s organization was moving at full speed, the voice of the woman who inspired the Asian American Historical Society, Suzanne Ahn, was still missing. Ahn would soon be a crucial thread in piecing together the pieces of history Drenka was uncovering.

During her research, Drenka came across a Dallas-based group called the Asian American Historical Society, which was no longer functioning. She eventually contacted former active members Phillip and Cynthia Shinoda with the help of a reporter from The news.

Phillip Shinoda, 78, grew up in Dallas before going to college in California, where he met his wife. The couple returned to the area in the 1970s and became involved in Asian American activism. Phillip also ran for State House District 114 in 2006.

It turned out that the Shinodas were close friends of Ahn, and together they created the original historical society.

“There were stories to tell, and no one was telling them,” said Phillip Shinoda. “The Asian Americans here didn’t know their history at all.”

Soon the organization expanded its mission to serve Asian Americans in the city, with career days and guest speaker panels, and leaders formed the Asian American Forum. But the friends who were passionate about telling the stories of their community didn’t understand the legacy they could leave behind. The historical society has faded away.

“It felt like we let go and we didn’t know exactly where it was going to take us next, and we didn’t really think about it,” Cynthia Shinoda said.

When Drenka met the Shinodas, Cynthia pulled out a box and binders full of historical society pamphlets and Ahn’s recordings.

“Opening the box was like stepping into a time capsule, everything, every question I had, every assumption about what the stories might uncover, was a guess,” Drenka said. “It was physical proof that what we are doing is necessary and that we have work to do.”

In the boxes, Drenka found a recorded conversation between Phillip Shinoda and Ahn in which she detailed her time growing up in Tyler, her love for classical music, and her motivation for her activism.

It was the first time Drenka had heard Ahn’s voice.

“It was surreal to be able to bring her back to life when there was so little I could find just a month before,” Drenka said.

One of the filing cabinets contained a color photo of Ahn and, with it, a document.

As Drenka read the document, her hands began to shake. She had come across Ahn’s unpublished autobiography. Part of the document included an email from Ahn to his friends, informing them of his cancer diagnosis.

“It was very heavy, knowing the responsibility we have now,” she said. “It’s almost like we can talk to a mentor and have her guide us along this path, and she’s not even there to do it. This is the power of history; it is the power to preserve stories.