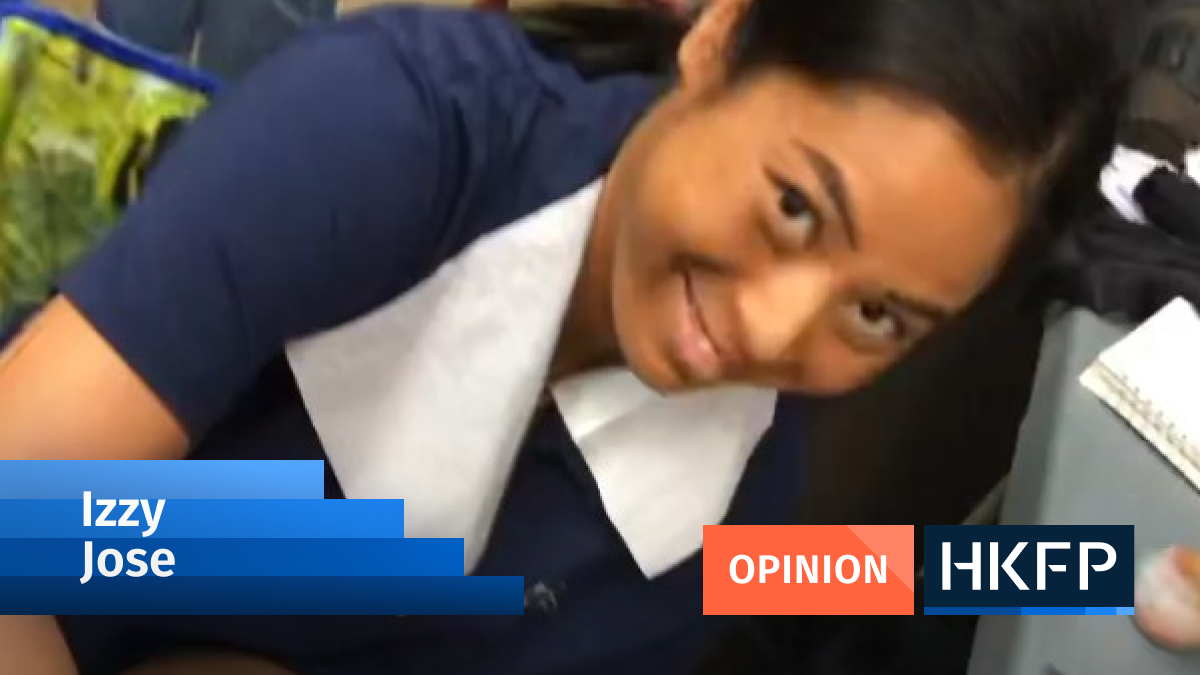 Representation Matters in Hong Kong: Why Brownface in TV Dramas is Offensive

Recently, a TVB show came under fire for its portrayal of a Filipina domestic worker played by a brown-faced Hong Kong-Canadian actress. As a member of the minority ethnic community and an actress, I have many thoughts on this subject.

the series O’Karma Barracks follows subplots and backstories of various characters who live or work in the fictional Golden Night building. In it, an actress donned brownface and spoke in what appeared to be a broken version of Cantonese.

On top of that, another clip of the actress has been circulating on social media showing her seemingly off-screen in the middle of the brownface process – putting on a darker color of makeup on her legs – while speaking again in a butchered version. from English.

“It allows a society to routinely and historically imagine that African Americans are not fully human.” says David Leonard, professor of comparative ethnic studies and American studies at Washington State University.

This act of brownface seen on TVB perpetuates the same ideas of supremacy and superiority we’ve seen time and time again in entertainment history, as a way to assert dominance over minority groups by mocking and downplaying everything. what they are as a people to that of a caricature.

Which brings me to my experiences auditioning for film and television roles in Hong Kong. Every casting asked me to play the role of a “clumsy” or “distracted” domestic worker, or something like that.

I was made to speak in what the casting team thinks is a “Filipino” version of Cantonese, because they thought my Cantonese was “too good” to pass as a domestic worker. First, what is a Filipino accent? I couldn’t tell you. The Philippines has 7,640 he is and spoke 120 languages and counting from 2022.

And that’s why the TVB issue is problematic not only in the wearing of brownface but in the portrayal – or misrepresentation, rather – of Filipinos. They encourage the mockery of Filipinos and, by extension, all non-Chinese ethnic people in Hong Kong. Moreover, it tells the audience how and what to think of people who have brown skin – that we don’t need to be taken seriously, that we are inferior to.

As we have seen and heard in the news recently, there has been reports domestic workers who sought shelter or medical help after testing positive for coronavirus. Forced to sleep on the streets, these FDW were left to fend for themselves with no help and nowhere to go.

We hear terrible stories like in the case of Erwiana Sulistyaningsih, who suffered violent physical abuse at the hands of her employer and who did not receive her salary or the right to her public holidays.

These are just two of many, many stories of mistreatment and abuse by the FDW in Hong Kong. These people have left their families and homes to work in distant countries and take care of children who are not their own. Some had to endure poor working conditions and treatment from their employers, something we rarely see in the media or on television.

The types of roles TVB writes about the FDWs and their casting choices are not only inaccurate and harmful, they also contribute to the mistreatment of the FDWs and ultimately the way Hong Kongers view migrant workers.

The TVB actress can walk in and out of brown skin without having to experience the racial stereotypes people hold against those with brown skin. She won’t have to deal with the struggles we face: the prejudices, the negative connotations attached to brown skin that have been used to divide society into superior and inferior, and therefore dictate how society should view people brown-skinned, and their treatment of them.

Despite having issued a statement, I still think TVB should acknowledge, at least, that there are people who have been negatively affected by the wrong choices they made in creating this role, using brown face and the adverse implications on non-Chinese ethnic residents of Hong Kong who have brown skin. The actress who played the role has apologized for her role in Wednesday’s incident.

Going forward, I hope that networks and production companies will do in-depth research on minority communities and engage in productive and informative discussions with communities that have experienced marginalization. In doing so, we can move towards a less superficial and more precise, thorough and authentic representation of non-Chinese ethnic communities, as Miles Sible sees in Ateh (2021) and We don’t dance for nothing (2022), Crisel Consunji in Always human (2018).

I would also invite people to reflect on their biases towards brown-skinned people that may have been learned through what they have seen and heard in the media, and how this affects their interactions with people from these communities, and whether such preconceived notions and assumptions are required or warranted.

Izzy Jose has worked as a freelance performer since graduating with a performing arts degree in the UK in 2018. She currently works in education and speaks out on appropriate representation in the media and entertainment industry, as well as on the rights of foreign domestic workers in Hong Kong.