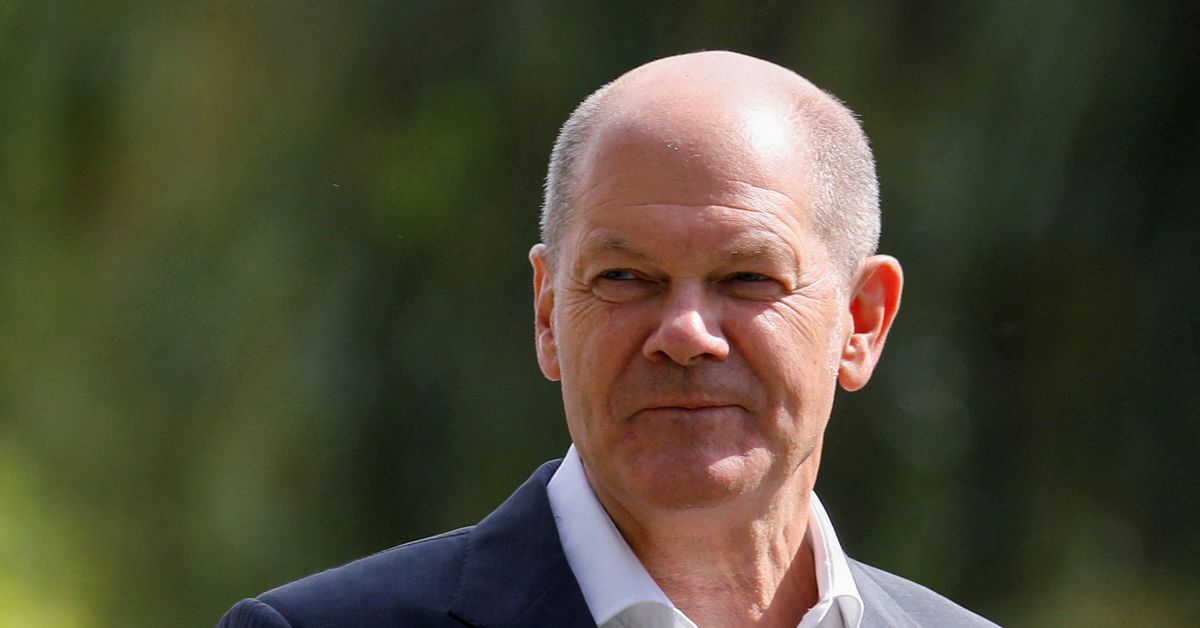 BERLIN, Aug 21 (Reuters) – About two-thirds of Germans are unhappy with the work of German Chancellor Olaf Scholz and his fractured coalition, which has faced crisis after crisis since taking office in December, according to a poll published on Sunday. .

Only 25% of Germans believe that the Social Democrat is doing its job well, compared to 46% in March, according to the Insa poll for the weekly “Bild am Sonntag”.

By contrast, 62% of Germans think Scholz – who was vice-chancellor under veteran Conservative leader Angela Merkel in the previous ruling coalition – is doing his job poorly, a record number, compared to just 39% in March.

Since taking power, Scholz has had to contend with war in Ukraine, an energy crisis, runaway inflation and now drought – all pushing Europe’s largest economy to the brink of recession. . Critics accused him of not showing enough leadership.

Support for his Social Democratic Party (SPD) stood at just 19%, the Insa survey showed, far behind the opposition Conservatives and Greens, and below the 25.7% that the SPD had won in the federal elections last year.

Around 65% of Germans are unhappy with the work of Germany’s three-party coalition government as a whole, down from 43% in March.

The poll comes after a particularly difficult week for Scholz.

First, he got himself into hot water by failing to immediately contradict Palestinian President Mahmoud Abbas at a joint press conference in Berlin when he accused Israel of committing “50 holocausts”. Read more

Then on Friday, opposition lawmakers in Hamburg accused him of obscuring the truth during a hearing into a major tax scam that took place during his tenure as mayor of the northern port city – accusations that he denies, protesting memory lapses instead. Read more

Nobel Laureate Michael Spence Says US Recession Fear Is ‘Easing, But I Don’t Think It’s Over’

The economic ties that unite China