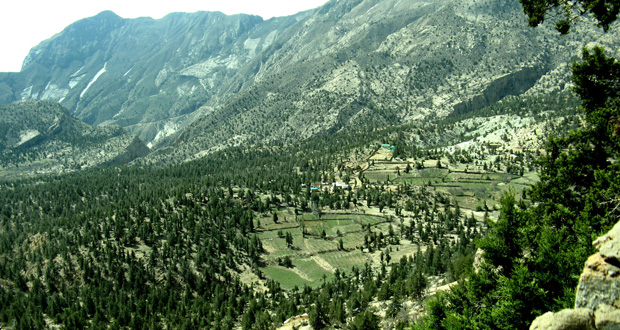 The widely held misconception that “Northern Balochistan is peaceful” needs to be dispelled in political, academic and policy debates so that this region can get its fair share of rights and attention from policy makers.

In terms of development, North Balochistan is one of the least developed regions of the country. It lacks education, health and the basic necessities of life. According to 2017 census data from Pakistan Bureau of Statistics, education statistics in the region are alarming with literacy rate of 33% in Zhob, 32% in Killa Saifullah, 52% in Pishin district and 42% in Loralai district.

One of the most alarming issues in North Balochistan is the growing trend of white collar criminals and land mafia. In recent years, white-collar criminals by the name of Malaks and Khans have actively spread hatred among the Pashtun sub-castes in the region. They direct the feelings of their people towards their political and economic objectives. Some believe that these Khans and Malaks work under the patronage of certain elements of the state. If these elements are not dealt with and stopped at the earliest, they can divide the Pashtun sub-clans and cause conflicts between them.

People in Pashtun regions also claim that they never get their fair share in the provincial government. The grievances of northern Baluchistan must be addressed before this region also drifts into violence and conflict. The growing trend of white-collar criminals under the aegis of the so-called Malaks and Khans must be stopped, even though it is allegedly sponsored by certain elements of the state. The fear of possible religious extremism in northern Balochistan, in the wake of the new government in Afghanistan, must also be addressed before it takes root in society.

The widely held misconception that “Northern Balochistan is peaceful” needs to be dispelled in political, academic and policy debates so that this region can get its fair share of rights and attention from policy makers.