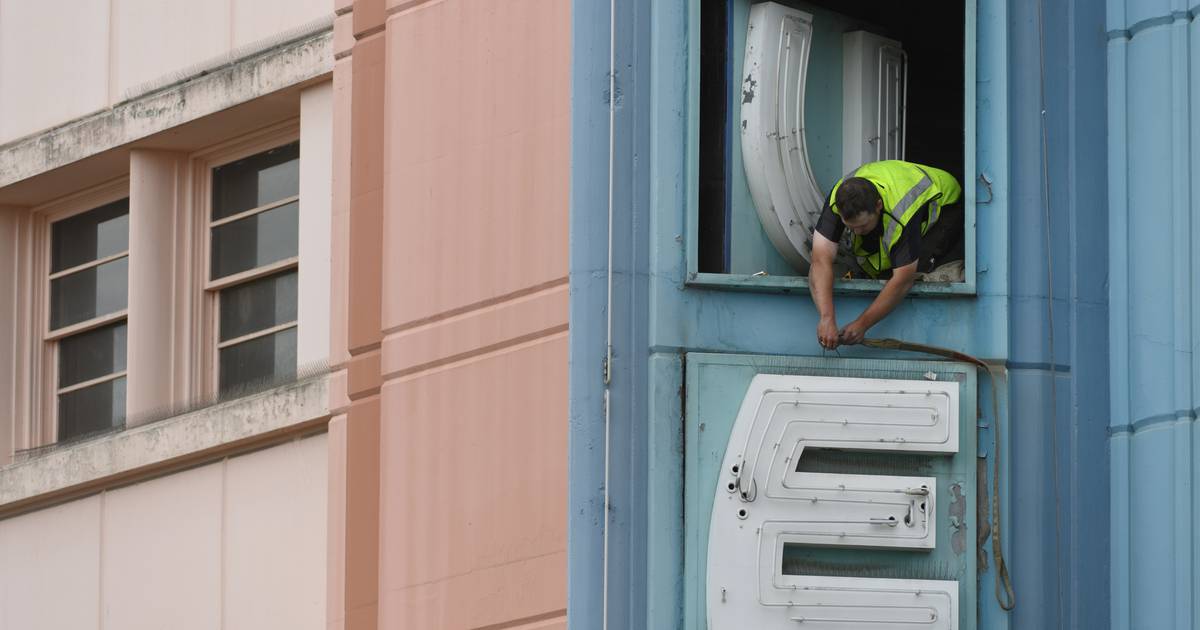 The 4th Avenue Theater was acquired by Peach Investments in the 2009 foreclosure sale when Northrim Bank closed the bidding without a bid; those of us present breathed a sigh of relief. Then Joe Fang asked the bank if the auction could be reopened. The bank reopened the auction, which we thought was unethical. The Fangs bid low, around $790,000, and the bidding closed.

Peach claimed that they “…invested heavily to maintain and repair the aging structure”. I have instructed the Acting Building Manager of the Anchorage Department of Building that all building permit applications for claimed work be emailed to me. From what I have received, there have been two instances in the last 13 years where this has happened. Under demolition permit C16-2170, there was an inspection of the boiler by the municipality on May 26, 2017. According to the municipality, “there is no record of a permit to replace the boiler”. Under the same permit, a status inspection was carried out on November 17, 2017. The Municipality stated: “There are no inspection comments under the other two demonstration permits C18-2375 and C22-1003.

In a December 2, 2017 DNA article, “Joe Fang, whose family owns Peach Investments, said during a December business session with the Assembly that he wanted to ‘assure everyone… that we have no intention of demolishing the theatre'”. said the company needed the permit to replace a boiler, which he said would require the demolition of parts of the building’s interior. The reason for the permit was to remove the boiler, which apparently was never done. The theatre’s former owner, Robert Gottstein, confirmed that he had replaced the main boiler before the certificate of occupancy in 1992 and the tandem boiler later. Given that there were apparently no other permits requested by Peach, and the maximum amount one can make for maintenance of a commercial building is $5,000 without a permit, one wonders if the heavy investment claimed and/or “…water intrusion repairs, mechanical upgrades and a new roof membrane…” has occurred. If they did, they appear to have been completed without a permit.

Referring to the state’s November 14, 2006 inspection report, Peach claimed that “…initial cost estimates to restore the building were too much for interested parties to bear.” The actual cost estimate from a “rehabilitation cost analysis” dated November 13, 2006 by the municipality indicated that the total budget to completely restore the theater would be $6 million, with a contingency of $2 million for a total of $8 million. This is a very reasonable amount and not “too expensive”.

The claim that the basement encroaches on 4th Avenue is true, only under the sidewalk, but the theater is “grandfathered” – 75 years ago – and historic building waivers should allow this to remain.

[EDITORIAL: When it comes to historical preservation, what do we value?]

Peach’s claim that they “…have explored many methods of ‘adapting and reusing’…” seems to run counter to reality, and their claim that “Peach is committed and worked with an esteemed historic preservation consultant (with presences across the United States)…” puzzles I was the historic preservation team leader for the “Professional Capital Improvement Plan for the 4th Avenue Theater” in 2006 for the Anchorage Downtown Partnership and the municipality. Why did Peach ignore the fact that we had decades of experience on our local team? I presented Joe Fang with a letter during from the auction by Northrim Bank offering the expertise of our historic preservation team in restoring the theater.We never heard from anyone in Peach.

Our team had a plan to preserve/restore the theater as a multi-cultural, multi-arts facility with the alley vacancies behind the theater to allow backstage traffic and a green room for a theater and/or performance hall. cinema, the basement a black box theatre, Sydney Laurence Room on the second level as a dance studio, offices for Anchorage’s many theater and arts companies, and the PAC/Egan Convention Center connection to Key Bank to the theater with an airlift. The 4th Avenue Theater would be a venue for visitors and Alaskans in all seasons. As I said on the HGTV show “Restore America with Bob Vila” about the restoration of the Oscar Anderson home in 2000, people don’t come to a place to see shiny new buildings, they come to see history. of the place they are visiting.

[A developer is again planning a major new construction project for a downtown Anchorage block. It includes demolition of the 4th Avenue Theatre.]

The claim that “Peach remains committed to a vigorous effort to salvage and preserve portions of the distinctive interior features of the lobby, mezzanine, and murals” needs to be proven. As far as I know, the two large murals have not been removed to date. It’s debatable whether they can be removed without destroying them, as Robert Gottstein said they were “three-dimensional gold leaf plaster that’s mounted on chicken wire (batten?)”. Gottstein said he would be willing to donate the first $1,000 of what he imagines would be no more than $10,000 to remove them while they were for public use.

The hazmat mitigation claims are questionable. Gottstein said he removed all hazardous materials, i.e. asbestos, except for certain duct areas that are not accessible to the public. The municipality granted a certificate of occupancy in May 1992 and would not have granted it unless the building could be safely occupied. Any remaining asbestos is limited and could be easily removed or encapsulated. Any code issues can be resolved or waived, as this is a historic building on the National Register of Historic Places and the IEBC deals with these issues directly. The 2006 state inspection report did not address lead-based paint, but any findings can be mitigated by containment and do not need to be removed as this building is commercial and no one is occupy the theatre. Peach and the mayor’s hand wringing regarding hazardous materials is not justified as a reason to demolish the building and does not ring true.

Peach claims to have fully documented the building to the standards of the Historical American Building Survey and “to date most of this information has been collected”. I and many others would like to see proof of said documentation. I have a copy of the “4th Avenue Theater Historic Building Report” compiled by a local business in the late 1980’s which has a wealth of information on the theater. Peach said for 13 years that they wouldn’t tear the building down and now they do. This demolition will destroy the historic center of Anchorage, and no false facade and/or false sign will compensate for this destruction. Placing a fake as a historical facade and sign is an insult to the people of Anchorage and Alaska and a slap in the face of what once was. I have always believed in honesty in my restoration of structures, and that is dishonest. Along with many others, I would rather it not be placed in the mouth of what appears to be an alien insect about to consume the 4th.

Peach has allowed the theater to decline over the past 13 years. Their lack of response to viable offers from Alaskans to purchase the theater for restoration, the inability of anyone to see inside the theater, and their now-broken promise not to demolish the theater have caused our community’s lack of trust. .

Contact the Anchorage Assembly today to encourage them to halt demolition until an actual building permit is in place for the new building. Otherwise, who knows how long there will be just a void where the magnificent historic 4th Avenue Theater once stood, and we will have lost our historic center.

The opinions expressed here are those of the author and are not necessarily endorsed by the Anchorage Daily News, which welcomes a wide range of viewpoints. To submit a piece for review, email comment(at)dna.com. Send submissions under 200 words to [email protected] Where click here to submit via any web browser. Read our full guidelines for letters and comments here.