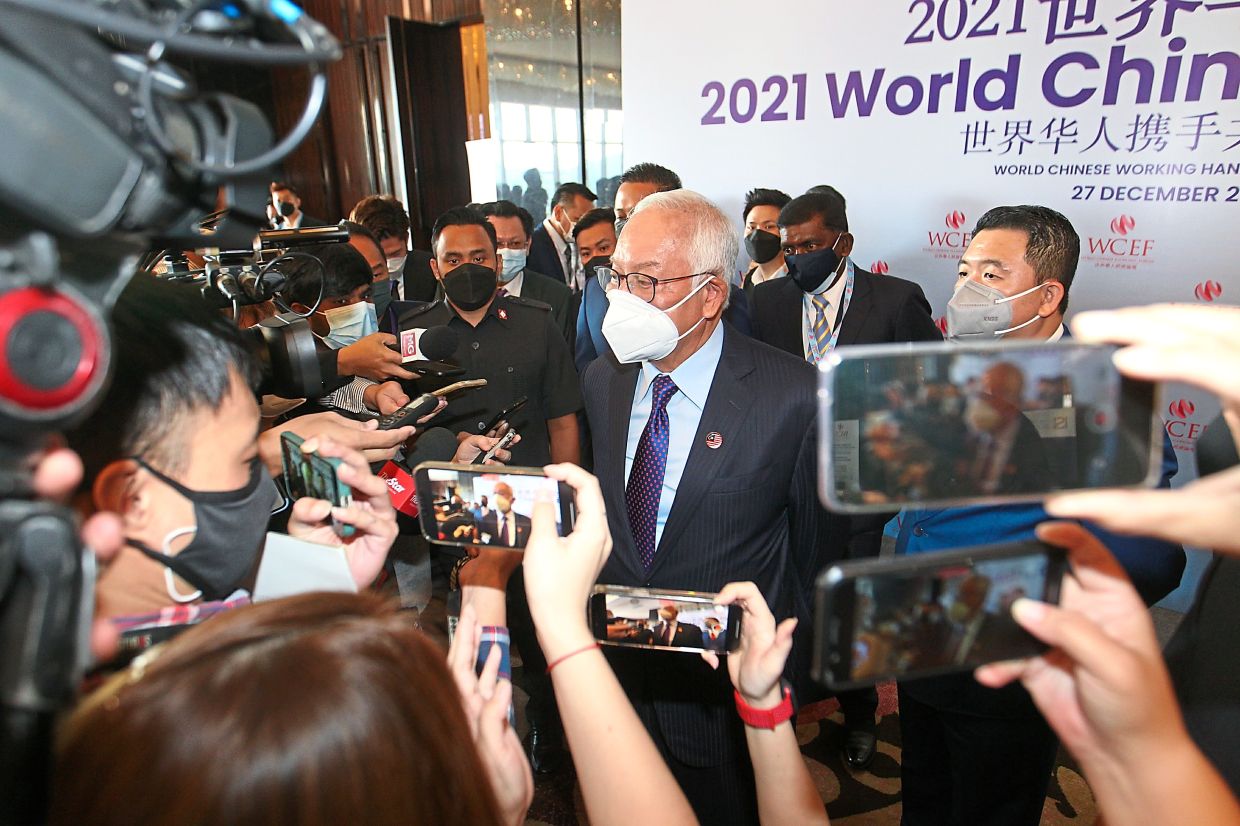 Najib: cooperation between Malaysia and China must continue

“In this regard, any post-pandemic (Covid-19) recovery will rely on their inherent strength to contribute to the recovery,” the former prime minister said in his speech at the 2021 Chinese World Economic Forum here yesterday.

Najib also expressed the hope that cooperation between China and Malaysia would be extended for common interests and benefits.

“I hope that China and Malaysia, along with all other countries, can carry the torch of multilateralism high, banish the dark clouds of unilateralism, and ultimately usher in development, peace and stability for the world. and all of humanity, ”he added.

On another topic, Najib said being Malaysian at heart is more important than the utensils that the Chinese community uses for eating.

“It doesn’t matter whether Malaysian Chinese eat with chopsticks, forks and spoons or with their hands, as long as in their hearts and minds they are truly Malaysians,” he added.

He was commenting on Tun Dr Mahathir Mohamad’s controversial statement that the Chinese had not assimilated with other Malaysians because they still used chopsticks to eat.

During a press conference, the president of the Chinese World Economic Forum, Cheah Chyuan Yong, said that Najib’s father, Tun Abdul Razak Hussein, had called China and also worked with the Chinese government.

“During Najib’s nine-year tenure as Prime Minister, Malaysia and China have had a strong economic relationship,” he said.

When asked about why the organizer invited Najib to the event when his image seemed “less positive,” Cheah said the invitation was sent before his recent court conviction.

However, he said there had been no objection to inviting him after discussion with several parties.

“We decided to invite him to give the opening speech. It has nothing to do with whether he is convicted or not, ”added Cheah.

Meanwhile, Tan Sri Lee Kim Yew, who founded the Chinese World Economic Forum in 2009, made it clear that he was not the organizer of yesterday’s forum.

He said he learned that the organizer of yesterday’s event used the same name, causing confusion.

Lee said he felt embarrassed when his friends asked him why he invited Najib to start the forum.

“I would like to officially declare that this new ‘Chinese World Economic Forum’ has nothing to do with me,” he added.