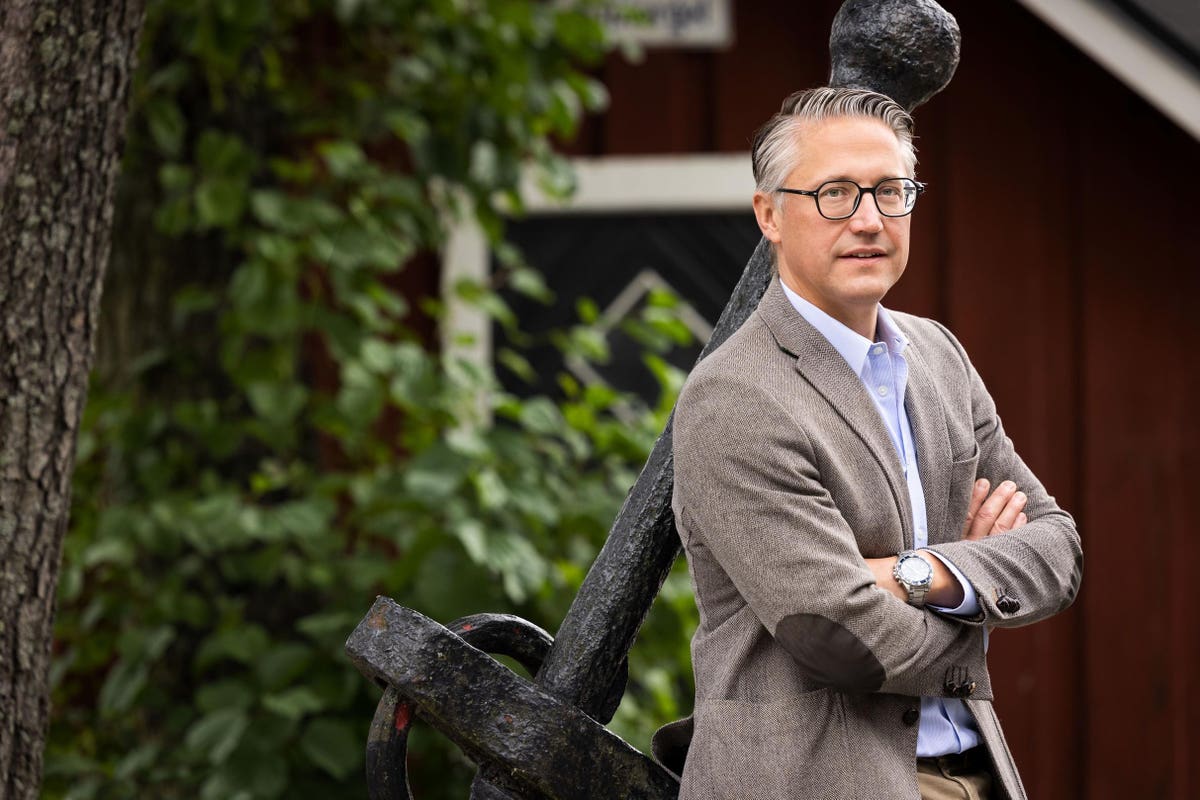 How a Swedish company’s technology is powering electric ferries

Sitting across the white tablecloth, Magnus Eriksson doesn’t look much like my idea of ​​a prophet in the desert, more like a businessman in his smart blazer and chinos. As CEO of Echandia, a Swedish company making heavy-duty energy storage systems for ships, he is central to the transformation of maritime operations away from carbon.

Yet for more than a decade, the former naval architect has lobbied relentlessly on local and national authorities on urgent investment in electric and fuel cell solutions for maritime public transport, to be welcomed with all good sounds but not enough action.

Ultimately, however, he realized that, as in the automotive industry, it was the operators who would drive innovation, although regulation and external pressures were also powerful factors. Shipping has lagged behind in the electric revolution because making a ship’s battery safe and efficient is far more complex than automotive transportation.

And it looks like we’ve reached the tipping point that will make maritime electrification viable. “Until very recently, it was more expensive to run on electricity rather than diesel,” says Eriksson. “But today we have a completely different conversation.”

“Before, you had to argue about the case of electricity or hydrogen. There is now a consistent structural change coming from the EU, with financial markets forcing companies to deal with ESG and the International Maritime Organization (IMO) introducing environmental certification schemes. With any ship operator that needs ship financing or insurance, it’s the same principle.

It highlights the Fit for 55 European Directive earlier this year, ratified this summer, which will enable the European Union to reduce its net greenhouse gas emissions by at least 55% by 2030 compared to 1990 levels and achieve climate neutrality in 2050. This includes a binding target of 40% to come from renewable energies as part of total national energy mixes by 2030.

The International Maritime Organization should also improve its own greenhouse gas reduction target by 50% across all global fleets. 100% by 2050. Denmark, the United States and other countries have already given their support. The US Navy, adds Eriksson, is going electric.

Nevertheless, he is disappointed with the progress made to move away from carbon, arguing that there is still a long way to go to meet the targets. Even in Eriksson’s hometown of Stockholm, which has one of the cleanest public transport systems in the world, water transport lags far behind other forms when it comes to emission-free travel. There are only three electric ferries in service today and two more being trialled with the transport authority, although Echandia is providing energy storage solutions for two new ferries (see below ).

“India is further ahead than Sweden,” Eriksson observes regretfully, “because it is focused on eliminating emissions and moving strongly towards direct electrification [rather than using hybrid solutions, such as biofuels alongside diesel]. There’s a level of ambition that we haven’t seen here, that you can see in the Kochi project today.”

This is the most ambitious maritime electrification project in the world, which will connect Kochi and its 10 islands over 76 km, in connection with the city’s metro. Eventually, there will be 78 fully operational ships.

After an accident in 2015 that left 11 dead and widespread awareness of the need to invest, the city pledged to replace its single-hull passenger boat with cataramarans, each of which can safely carry up to 100 passengers. Echandia is supplying Siemens with the electric propulsion systems for the first 23 electric ferries and is in preliminary talks to supply the rest.

Yet it is Europe that is leading the electric maritime revolution, particularly Norway, where boats are no longer allowed to moor in town if they use a diesel engine.

Across the Skaggerak in Copenhagen, Arriva Denmark operates seven eco-friendly commuter ferries, using Echandia’s lithium-titanium battery systems. These ferries run 17 hours a day, with each trip taking around an hour and carrying up to 80 people.

Dropping one of the greatest constraints of electric vessels – time-consuming charging – on the head, each boat can be fully charged in less than ten minutes, using a mooring system that establishes a secure connection between the vessel and the charging station on land, which suddenly removes one of the major constraints to maritime electrification.

In Europe’s largest port city, Rotterdam, the goal is to achieve 100% electric shipping by 2030. Here, Echandia is working again with Damen, in a Waterbus project for six hybrid ferries and three all-electric ferries that will operate between Sliedrecht, Dordrecht, Rotterdam, and the World Heritage Site Kinderdijk. Damen has designed its ferries to minimize wake wash.

Finally, it looks like the electric ferries are finally on their way to Stockholm. In 2021, Echandia won an order to supply a fuel cell energy solution to power Green City Ferry’s first Beluga24 ferry. More recently it won a second order, this time to provide a specialist battery energy storage solution for a second Beluga vessel, working with Toshiba to develop fuel cell technology.

A fuel cell energy storage solution refers to the entire system, similar to an electric battery, using only fuel – in this case hydrogen, in the future ammonia. The big advantage is that rather than being tied down by a pricing structure, ship operators carry fuel on board.

A battery energy storage solution essentially stores energy used by electric motors or systems using electricity as a power source, much like a fuel tank in a combustion engine.

This is important because one of the main issues holding back maritime electrification is the need to store energy and this is where Echandia comes in because the grid is limited. It is still impossible to bring the electric cables down to facilitate the electric ships.

“The key for all large commercial ships is to carry as much fuel on board as possible. Ships consume far more fuel than they need. The problem is storage.

Diesel has a relatively high energy density, which allowed ships to carry a lot of fuel on board. As alternative fuels become more prevalent, but with lower energy density, operators will need to approach recharging differently than refueling.

Can China transition to a consumer economy?