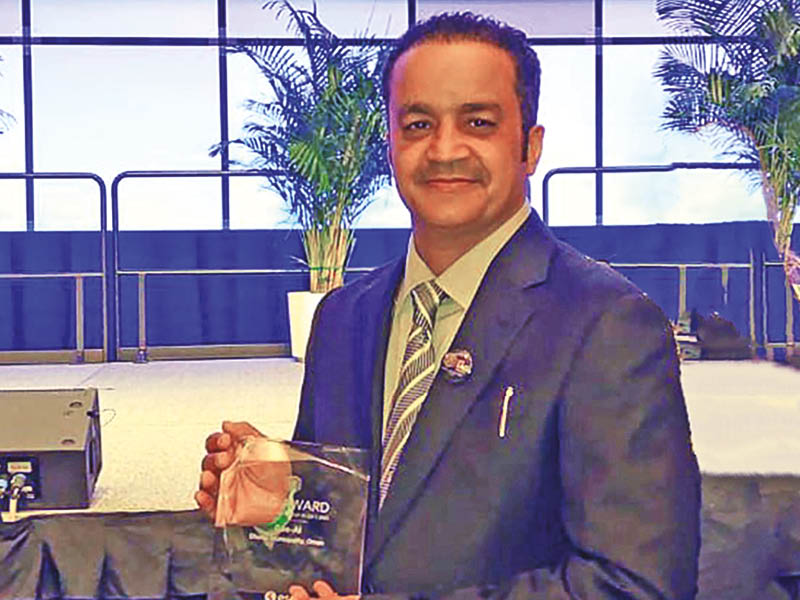 Dhofar Municipality Wins Global Award for Use of Artificial Intelligence

Muscat – The Municipality of Dhofar received the Special Achievement in GIS (SAG) award for the use of Artificial Intelligence (AI) in Geographic Information System.

A statement released by Dhofar Municipality said: “SAG is awarded for innovative best practices in the use of AI in GIS”.

The award was presented by ESRI – an international provider of geographic information system (GIS) software – at its annual conference. The largest GIS meeting in the world, it sees the participation of at least 100,000 government and private institutions competing for recognition. This year the conference was held in San Diego, USA from July 11-15.

The award was presented by Jack Dangermond, President and Founder of ESRI, and received by Dr. Ahmed bin Mohsen al Ghassani, President of Dhofar Municipality.

Muscat was chosen the Arab digital capital for the year 2022 during the 25th session of the Councils of Arab ICT Ministers held on December 25, 2021.

Oman has taken significant steps to establish a digital society and create a modern ICT sector for all economic and social spheres in response to the demands of sustainable development. In addition, several promising national initiatives and projects have been implemented based on Oman Vision 2040.

Due to the importance of this vital sector and in line with the strategic directions of Oman Vision 2040, the Sultanate has placed communications and information technology among the priorities of its economic and social growth strategies.

This with the aim of creating a diversified and sustainable economy based on technology, knowledge and innovation, with integrated and competitive frameworks, adapting to industrial revolutions and achieving financial sustainability.

Developing Australia’s role in space is vital for national security