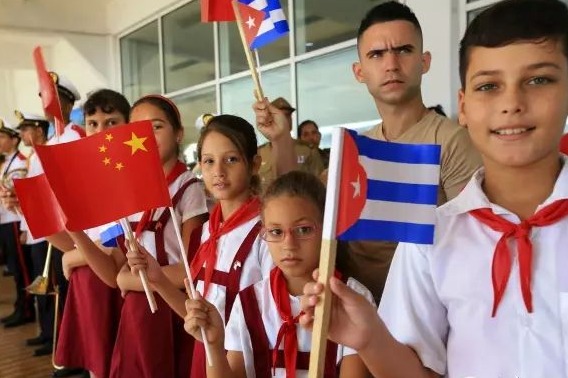 Cuba celebrates the 175th anniversary of the arrival of the Chinese

HAVANA – Lion dances and martial arts enlivened Havana’s Chinatown with an air of joy on March 16, with hundreds of residents joining to celebrate the 175th anniversary of the arrival of the Chinese in Cuba.

In 1847, some Chinese migrants set foot on Cuban soil for the first time, beginning their integration into local society. After 175 years, the Chinese community has become an inseparable part of this Latin American country.

In his speech at the celebration, Chinese Ambassador to Cuba Ma Hui said China and Cuba have built strong historical and cultural ties throughout history.

“Chinese descendants have played an important role in Cuban culture,” Ma said. “We will continue to be good friends, partners and comrades.”

Students from the Cuban Wushu School honored the heritage of Chinese culture with a large-scale martial arts demonstration, with the participation of children, teenagers and the elderly.

Roberto Vargas Lee, director and founder of the school, believes that China and Cuba share a common value of solidarity in building their social systems.

Thanking the Chinese Embassy for donating a lion dance costume and other items to the school, he said, “We very much appreciate the Chinese government’s support for the development of martial arts in China. ‘Isle “.

The House of Chinese Arts and Traditions opened an art exhibition as part of the festivities and plans to host an international seminar on the influence of the Chinese diaspora later in June.

Chinese migrants and their descendants have helped shape Cuba’s national identity, according to Teresa Maria Li, director of the cultural center.

“This (exhibition) is just the beginning of a very important celebration that will bring together many people interested in deepening their knowledge of Chinese culture, customs and traditions,” Li said.

For more than a century, the two countries have been linked in various aspects, including trade, agriculture, culture and cuisine.

Chinese-Cuban Sara Chao, 80, says she is happy to have inherited her parents’ hardworking spirit.

“I’ve never visited China, but China is very deep in my heart in many ways,” Chao says.

“This celebration will continue to unite the Chinese community in Cuba,” she added.

Can China achieve its growth target this year?

BAM Infra Verkeerstechniek and Nedap optimize the access control system of the municipality of Venlo, the Netherlands