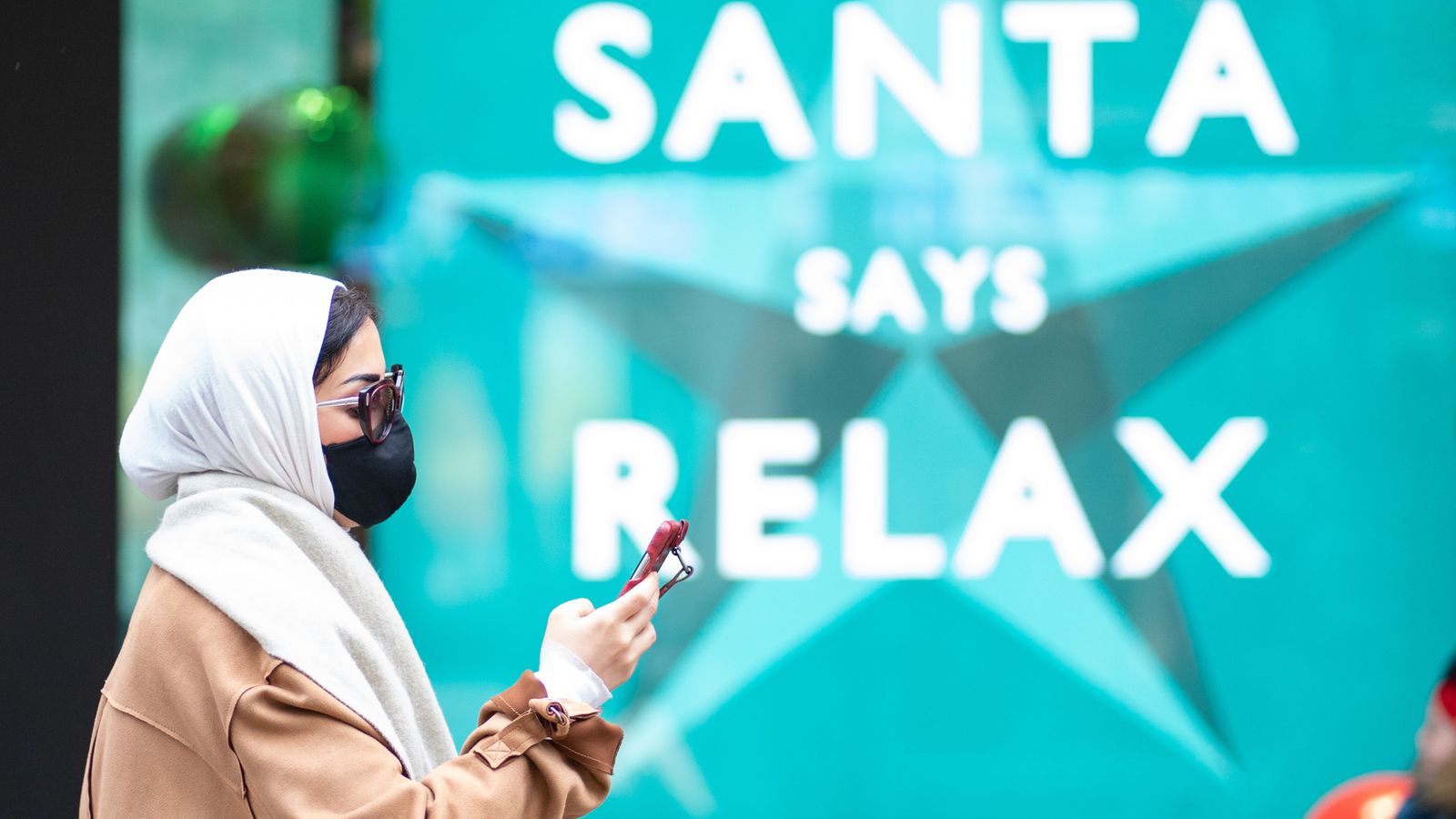 A model is only as good as the assumptions you make.

That’s why scientists on the SAGE committee that advises the government have tasked half a dozen academic groups to make predictions during this pandemic.

This team from the London School of Hygiene and Tropical Medicine is one of the expert and highly respected groups. But this is only a model.

Even though they conclude that there is a wide range of possible outcomes for the upcoming fourth wave of COVID.

It is simply not yet clear enough about Omicron’s ability to evade vaccines and cause serious illness.

In their most optimistic scenario, the number of people admitted to hospital would be 40% lower than the peak of the wave in January 2021.

But in their most pessimistic scenario, it would be twice as high.

This is a huge difference, because there is so little hard data.

Some of the key figures are starting to show up – too late for this model, however.

On Friday, preliminary real-world evidence from the UK Health Safety Agency showed that Omicron significantly attenuates the effectiveness of two doses of the vaccine, specifically AstraZeneca.

But adding a booster is likely to prevent symptomatic infection.

This helps us begin to determine which of the scenarios in this model is the most likely.

The closest fit is one in which the variant has high “immune evasion” due to its mutations, but the boost is also effective.

In that scenario, there would likely be around 318,000 hospital admissions and 47,100 deaths by the end of next April.

It’s still a huge number, but not as bad as it could have been.

The numbers might decrease as more data comes in and the model is refined.

A key hypothesis of the researchers is that Omicron causes symptoms as severe as Delta.

It is far from certain.

Doctors in South Africa report that patients develop much milder disease. Even people in hospital are much less likely to need oxygen this time around.

And no deaths have yet been reported in the highly vaccinated European population, despite the rapid increase in the number of cases.

It may only be a matter of time, however. Omicron spreads fastest among young people who are least likely to develop severe COVID anyway.

So, until the variant reaches more vulnerable groups, we cannot be sure of its virulence. It could take a few more weeks.

Unfortunately, we don’t have the luxury of time.

The number of cases doubles every two and a half days. It’s so fast that in the eight days between the Prime Minister’s announcement of Plan B and the latest restrictions coming into effect, the epidemic will have increased eightfold.

Pause for a moment and reflect on what this means: The 2,000 probable cases per day last Wednesday would have risen to 16,000 per day in just over a week.

With such a rapid increase, the government and its scientific advisers must act early on very little evidence.

Plan B restrictions are a light touch. They’ll slow down Omicron’s push, but they’re very unlikely to stop it.

There are still too many opportunities for Omicron to spread, such as in pubs and restaurants where no COVID tests or passes are required, and at Christmas parties which are still allowed even though workers are encouraged to work from home.

So expect a plan C soon to try and slow the virus down further.

This would give the recall more time to launch and hopefully flatten what would otherwise be a very high and very high spike in hospital cases and admissions.

The economy of a new China-Laos railway line