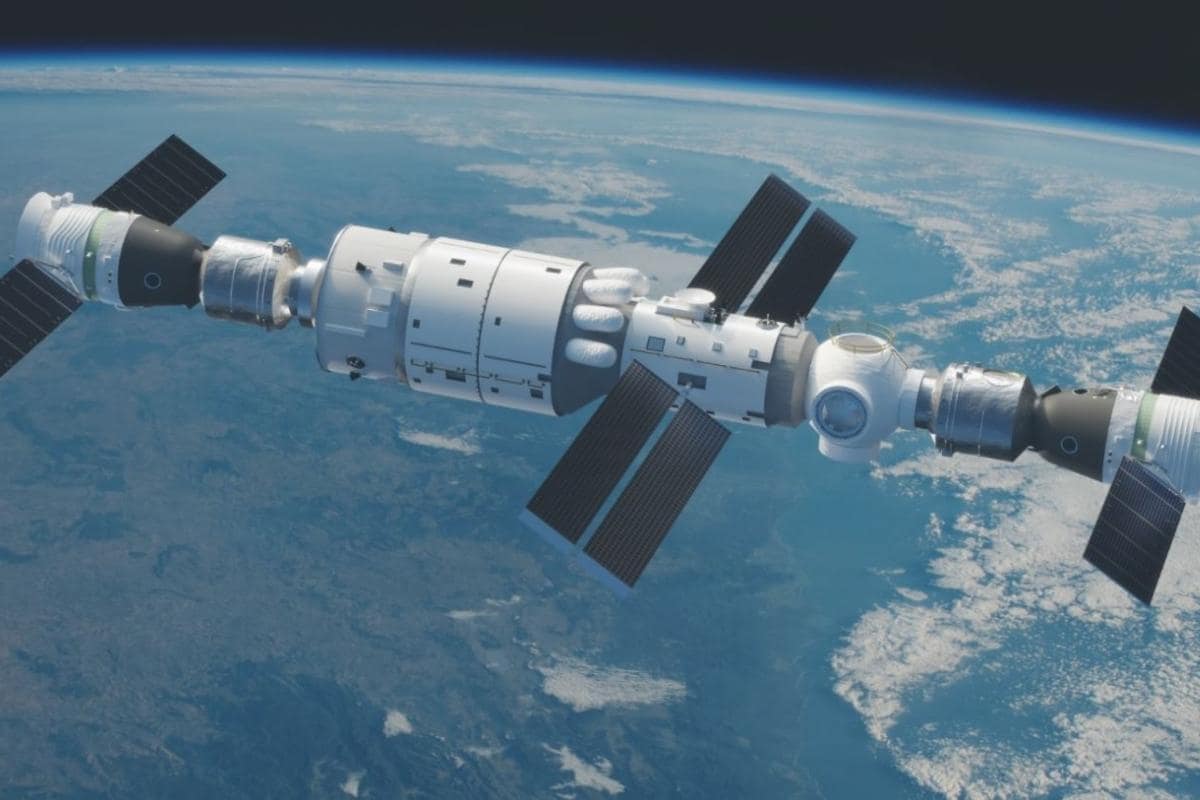 On Wednesday, June 23, CCTV, the Chinese national broadcaster, broadcast a clip from the vlog produced by Chinese astronauts Tang Hongbo, 45, Nie Haisheng, 56, and Liu Boming 54. The published video captures the first 24 hours of astronaut time aboard the Chinese space station under construction Tiangong. In the three-minute clip, the astronauts can be seen working inside the Tianhe Module, the central module of the Chinese space station, setting up parts, taking a nap and eating their meals while the boxes float in zero gravity. The clip also shows a glimpse of how Earth will look from there as the space station orbit it.

The astronauts reached the space station on June 17, seven hours after launching the Shenzhou-12 capsule aboard the Long March 2F rocket from the Jiuquan Satellite Launch Center in the Gobi Desert, north China. . On June 23, Chinese President Xi Jinping spoke to the astronauts on a five-minute call. According to an article in the South China Morning Post, Jinping said, â€œYou will be spending three months in space, and while you are in space, your work and your life will be in the hearts of the Chinese public.

The space mission will last three months with the main objective of successfully deploying the 22.5-ton Tianhe module, the central part of the Chinese space station.

The crewed space mission will be the longest manned mission in the history of Chinese space efforts and the first in nearly five years. China is catching up with the United States in space after the Asian country was denied participation in the International Space Station due to geopolitics, a project led by the United States. However, when the construction of the Chinese space station is completed, India will also be one of the first countries to conduct experiments in space. In 2019, India also expressed its disinterest in joining the International Space Station and building one.