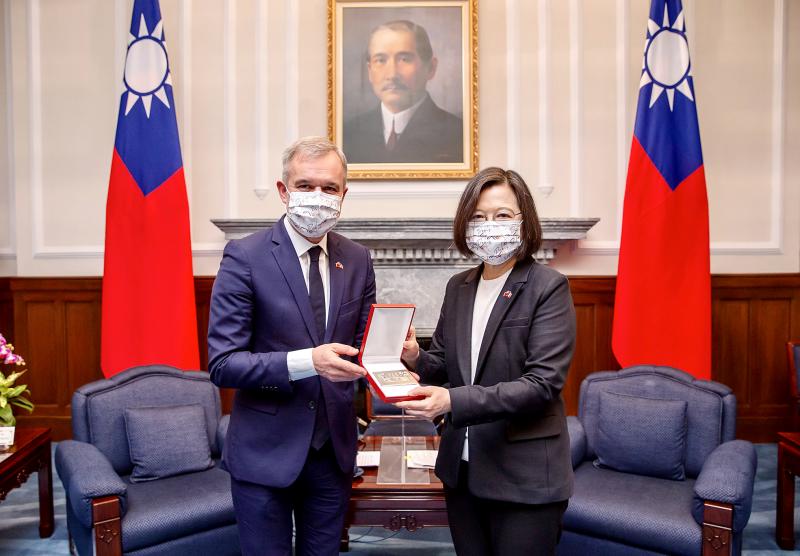 In 2013, The Gambia, then ruled by dictator Yahya Jammeh, severed diplomatic relations with Taiwan. In dire need of funds, he declared himself the Islamic Republic in the hope of extracting money from Saudi Arabia and Iran, rivals of influence in the Islamic world. Apparently Jammeh thought he could get money out of China if he dumped Taiwan.

Unfortunately for him, China waited until March 2016 to establish relations with The Gambia. With only a few months in the presidency of two terms of pro-Chinese Ma Ying-jeou (馬英九), according to many in the media, Beijing could only have signaled the arrival – and pro-Taiwan – of President Tsai Ing-wen ().

The expulsions of Taiwanese swindle suspects from Kenya to China took place the following month, again widely interpreted in the media as a signal to Tsai. Indeed, observed The Economist, referring to the “drop” in the number of Chinese tourists, the deportations from Kenya and the Gambia affair: “Since January, China has turned to its usual battery of economic and diplomatic methods. and muscular to put Ms. Tsai in the row. . “

The problem? The number of tourists was increasing at the time, the takeover of The Gambia was probably not a signal for Tsai but rather related to Beijing’s policy in the Islamic world, while deportations from Kenya were organized over ‘a year before his election and were in response. decisions taken by the Ma administration.

This media interpretation was a reminder of the once-prevalent media double standard on the Chinese Nationalist Party (KMT) and the Democratic Progressive Party (DPP) – Beijing’s negative actions are never negative signals for the KMT, only for the DPP. They also symbolized the commitment of the international media to interpret everything in the context of the cross-strait sovereignty conflict.

My God, how things have changed. Last week, when Nicaragua moved from Taiwan to China, the media shrugged. No one blamed the Tsai administration. CNN even wrote: “Under Xi [Jinping, 習近平], relations between Taipei and Beijing have deteriorated to levels not seen in decades, ”appearing to blame China for the current tensions. Yay! 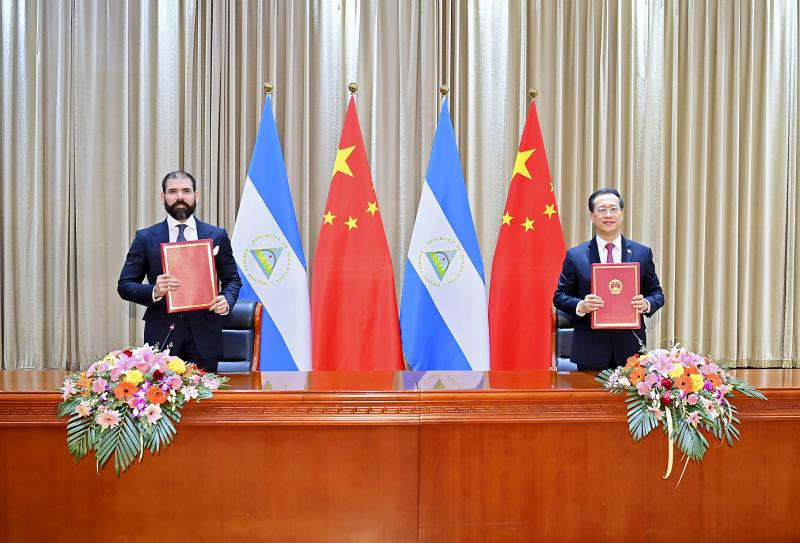 Reuters posed the problem at Washington’s doorstep. “The break with Taiwan is a big blow to the United States. This follows months of worsening ties between Ortega and Washington… ”

Meanwhile, as Gerrit van der Wees recounted this week in the Diplomat (“Is Taiwan’s international space expanding or contracting?” December 14), over the past few months , Japan affirmed its support for Taiwan and its security, while Australian Defense Minister Peter Dutton signaled that Australia would help the United States in a Taiwan scenario.

More importantly, Beijing’s mismanagement of its economic and political relations with Europe, symbolized by its intimidation of Lithuania, has brought Europe closer to Taiwan.

This time, the KMT simply said on Twitter: “KMT President Eric Chu (朱立倫) condemns Nicaragua for severing ties with the Republic of China and deeply regrets that BJ has continually sought to suppress our international presence and seize our diplomatic relations. In other public statements, while carrying out pro forma attacks on Tsai, Chu accused Nicaragua of “bad faith”.

Tsai’s policy with the nation’s “diplomatic allies” has been as low-key as anything about him. She said the nation will not return to the “dollar diplomacy” of the Chen Shui-bian (陳水扁) years, when Taiwanese foreign aid looked like barely disguised bribes, but instead would continue. the Ma administration’s agenda of more carefully accounting for every dollar in aid.

In 2019, the People’s Daily threatened that if Tsai were re-elected, Taiwan would sooner or later have no diplomatic allies “as long as the DPP is in power.” Beijing brags frequently, but Tsai was re-elected almost two years ago and so far only Nicaragua has switched sides – and this for its own internal reasons.

Why isn’t poaching of Taiwan’s allies more of a priority? Few of them are economically important to Taiwan. Moreover, losing them has little effect on Tsai’s standing with the public while not helping Beijing’s ally in Taiwan, the KMT.

Obviously, the public likes “allies” because they like to put the betel in China’s eye, but they don’t take them very seriously when they cost money. Likewise, a 2019 Taiwan Public Opinion Foundation poll found that 53% of the public is not worried about losing “allies.”

Two other factors are probably at play. The first is that Taiwan’s growing position in the world has made losses of “allies” irrelevant. A decade or two ago, the international media speculated that a lost ally would trigger a cascade of transfers to Beijing and deepen Taiwan’s “isolation”.

Today, Taiwan’s “informal” relations are strong and continue to grow. As Beijing’s senseless and powerless reaction to the Zoom meeting the United States called the Democracy Summit has shown, while Beijing can poach its allies, there is little it can do to stop that momentum. Indeed, trying to slow Taiwan’s informal boom has generally fueled it even more.

The other factor is that the “allies” are not supporting Taiwan. Instead, they support the government of the Republic of China (ROC), recognizing it as the sole government of China. Tearing them down formally isolates Taiwan from the world, giving the country greater impetus towards formal independence.

This is one of the reasons many supporters of independence argue that the loss of allies is a good thing in the long run: it accelerates the day the ROC, and its claims that overlap so dangerously with those from Beijing, disappear.

Notes from Central Taiwan is a column written by longtime resident Michael Turton that provides incisive commentary informed by three decades of living and writing about his adopted country. The opinions expressed here are his.

Comments will be moderated. Keep comments relevant to the article. Comments containing abusive and obscene language, personal attacks of any kind or promotion will be removed and the user banned. The final decision will be at the discretion of the Taipei Times.