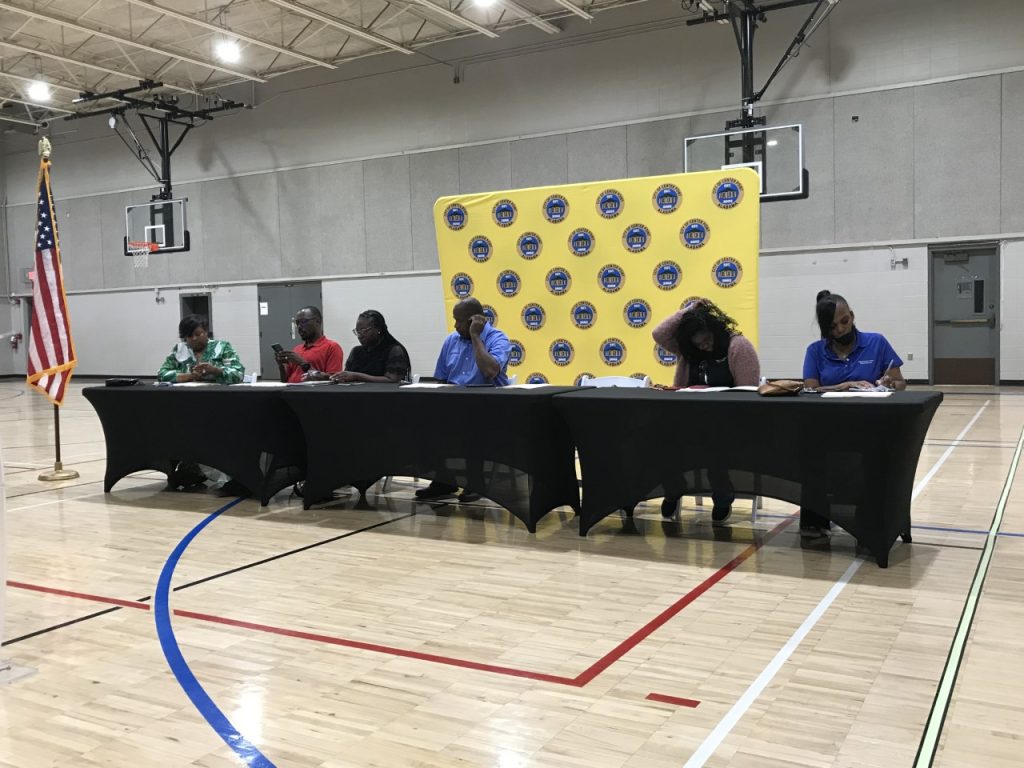 By Loyd McIntosh, For La Tribune

In a brief meeting held at the Center Point Community Center while the City Hall building undergoes a mold abatement, several city council members expressed concern about a new deal proposed by the County Sheriff of Jefferson, Mark Pettway, to continue providing police services to Center Point. According to Center Point Mayor Bobby Caldwell, the main sticking point is a request by Pettway that all municipalities sign the same agreement with the Jefferson County Sheriff’s Department.

“Although (Pettway) said he had no problem with most of the items we needed, I think his main thrust was that he wanted all towns in the county to sign the same contract,” he said. said Caldwell. “That’s what I got out of it. It’s not that he had a problem with community policing or patrol neighborhoods; he just wanted all the municipalities to have the same contract.

Caldwell said he met with Pettway and Jefferson County Deputy Chief Willie Hill for 90 minutes on Wednesday, Aug. 31, working to develop a framework for the county to continue providing policing services to Center Point.

“We have a lot of requests, and sometimes we have busy weeks, and we want to make sure that when the residents call, the cars are there,” Caldwell said.

Center Point’s most recent contract expired in April, and the city received services from the Sheriff’s Department on a monthly basis. Jefferson County’s latest proposal is a three-year contract that would increase Center Point’s financial obligations from $51,000 per month to $53,500 per month.

However, Caldwell said during the business session earlier this week, Pettway indicated that costs could continue to rise as the sheriff’s department struggles to recruit and retain qualified officers, pay for fuel and d other costs.

“They have a hard time keeping deputies as well as making sure they don’t come into the department and then leave the department for better pay,” Caldwell said. “So I kind of understand that, but the council, this is their first term, wants to make sure the residents know they’ve listened to them, and they want to have that responsibility in there.”

“The board is very concerned about resident requests and what residents are looking for, so we want to make sure there’s a way to have some accountability from the department,” Caldwell said. “I’m sure it will be resolved.”