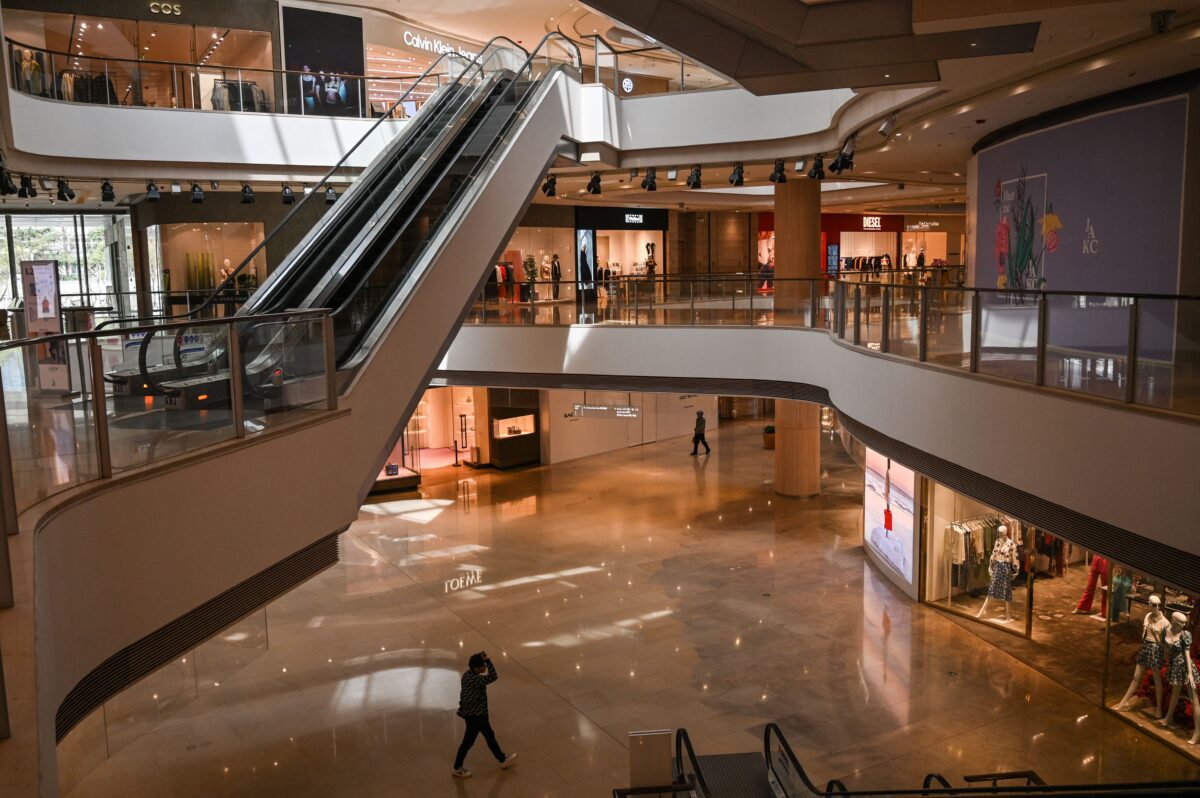 Can China transition to a consumer economy?

Leading economist Michael Pettis of Tsinghua University has noted for years the importance for the Chinese economy of shifting its reliance on growth from investment to greater consumption. As China faces its weakest sustained economic period in modern history, it is worth wondering if China can evolve into a more consumer-oriented economy?

The Chinese economy is unique among major economies due to its small share of the household sector in the macroeconomy. Most economies typically have a household sector that accounts for 60-75% of activity. The United States, for example, hovers around 70%. In China, however, households make up only about 45%. This discrepancy creates a wide variety of problems, from misunderstanding basic economic data to solving political problems such as the displacement of activity.

The first problem this creates is when analysts compare international debt-to-GDP data in different formats, such as household debt to GDP. Due to the vastly different income shares between households in China and other countries, Chinese households have significantly less income to pay off their debts than households in other countries. In fact, if we adjust household debt levels by household income rather than GDP, Chinese households are among the most indebted in the world, even more so than the United States and most countries in the world. OECD paying a significantly higher share of their income to service debt due to interest rate differentials.

This simple, often overlooked adjustment has important implications for how we conceptualize the shift from an investment-driven growth model to a consumption-driven growth model. While the household share of 45% gives the superficial impression that Chinese consumption can increase significantly, the reality is very different.

The Chinese consumer simply does not have the financial capacity to increase their share of consumption. Real estate sales are down, with nominal sales of retail goods and services flat, meaning that after taking into account soaring inflation, Chinese consumers are buying less than they were a year ago. Heavily indebted – with much of their income used to service debt – Chinese households simply don’t have the financial flexibility to increase spending.

While some may argue that China’s high household savings rates will cushion the downturn, setting the stage for a gradual transition to a consumer-driven economy, this is also based on a misconception.

Savings are generally considered liquid financial assets that can be used in times of crisis, such as bank deposits or stock market holdings. However, we have simultaneously seen the Chinese household save at high rates and become very indebted. How to reconcile these seemingly confounding variables?

The Chinese are saving and borrow at high rates to facilitate real estate purchases still perceived as guaranteed by the state. So why is this important? This means that both variables are true, but the Chinese household is exhausting its liquid savings to buy real estate. Savings are still considered savings for the household, but leave the household with minimal flexibility in the event of an emergency. It is wrong to believe that a high savings rate will save the exhausted, over-indebted consumer who is simply looking to pay off high debt.

So if low household income as a share of national income is the problem, is it possible to reallocate income from investment to households so that they can increase total consumption? Moving income in an economy, leaving aside the intractable politics of such movement even in China, is not simply a matter of snapping your fingers to move money between accounts. Moving away from investment industries requires reducing employment and activity in highly indebted sectors, representing large amounts of bank assets and employing millions of people.

It is a major question whether companies from steel to property development could survive without bringing down the banking sector, even with current levels of state support, direct or indirect, assuming the State even wants to give priority to abandoning a sector dependent on investment. economy. Steel mills don’t just become high-tech industries, and those debts of property developers don’t just disappear when they demolish a building. Beijing finds itself in the unenviable position of not necessarily wanting to support these failing industries but, conversely, of risking cratering the entire economy if they don’t. This sucks up resources that can be used to feed other industries, though we assume Beijing really wants to move away from investment-led growth.

Years ago, before reaching the critical nature of its economy, it was possible for Beijing to reduce its dependence on investment-led growth without destroying the financial sector. In 2022, it is very doubtful that if Beijing did not support these failing industries, they could collapse without dragging the rest of the economy into crisis.

The fundamental problem is that all of this debt absorbed by China, from companies to households, has been used to buy assets that simply don’t justify cash-flow-based pricing. Whether it’s real estate valued at 30 to 50 times income or high-speed rail lines that have borrowed heavily to build a low-traffic nationwide network on most lines, the debt hasn’t been used. wisely to generate productive assets with cash flow to pay off those debts.

In reality, large amounts of debt used for investment have been used for consumption. For example, with local governments selling land to developers, revenue from consumer purchases was spent on public goods and services. The savings consumed and the debt incurred by consumers to purchase assets were effectively used to anticipate the provision of public services. Buying real estate assets at inflated prices only makes sense if asset prices are expected to continue rising near double digits in the coming years – a best-case scenario unlikely.

With vast debts either allocated to unproductive uses or consumed, and faltering industries in need of public assistance, Beijing lacks the financial flexibility to cushion the blow of shifting resources from unproductive industries to more consumption. Large amounts of what we think of as savings and investments should actually be considered consumption. That high-speed rail line that doesn’t generate enough revenue to meet its debt service obligation may have social fallout that makes it a positive bottom line, but it means the debt needs to be socialized and amortized. Given the shaky financial system, Beijing cannot do so domestically without vast amounts of new bank capital.

The sad reality is that China has to write down massive amounts of assets and raise huge amounts of capital for its banks. It is simply impossible to change the Chinese growth model to prioritize consumption in the absence of real financial control. The decline in growth risks tipping these unproductive sectors into bankruptcy, triggering a major macroeconomic crisis.

It is a very fair assessment to say that China needs to change its growth and fundamental economic model. The cold, hard reality is that it cannot without triggering larger crises.

Christopher Balding was a professor at Fulbright University Vietnam and HSBC Business School at Peking University Graduate School. He specializes in the Chinese economy, financial markets and technology. A senior researcher at the Henry Jackson Society, he lived in China and Vietnam for over a decade before moving to the United States.

Indian exports to China fall by a third in April-August to $6.8 billion

How a Swedish company’s technology is powering electric ferries