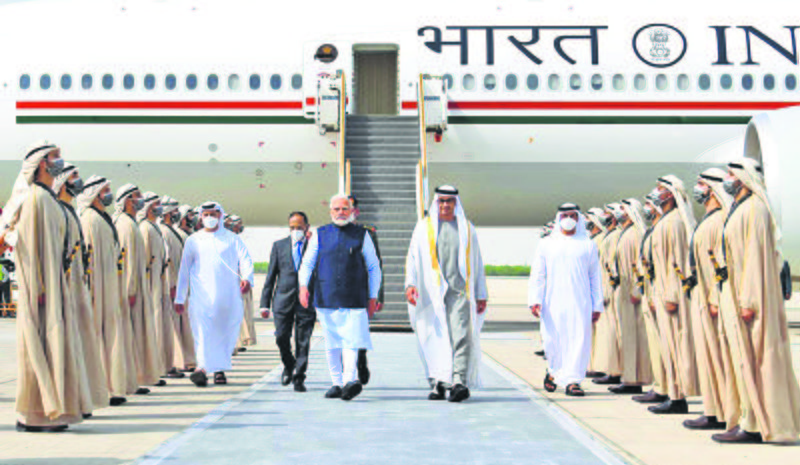 As India looks 25 years ahead of the centenary of its independence, its greatest external challenges will come from China, and these will not be limited to that country’s security in the conventional sense. These challenges will be broader and will encompass economic, technological, civilizational, demographic and of course military activities. The nature and dimension of the Chinese challenges will depend very much on how those in India who make decisions about China and others who shape public opinion about the People’s Republic project the causes and effects of the gauntlets onto themselves. extending across the northern borders.

India’s political establishment is deeply influenced by two very divergent attitudes towards Beijing. One of these approaches is conditioned by the desire to repay the humiliation of the Indian army during the 1962 border war with China. As unrealistic as this desire to repay China for the 1962 defeat is, it is a sentiment deeply rooted in India’s security system. What is troubling about this attitude is that it is based on an appalling misunderstanding of China, its capabilities and the progress it has made over the past decades. I say this from experience in conversations over the years with those Indians who should know better.

A recent notification from the military to step up Mandarin training within the defense establishment is therefore a very welcome step in overcoming a serious tactical handicap. In addition to recruiting civilian Chinese language experts as officers, the military has signed memorandums of understanding with three national universities that already provide advanced education in Mandarin. Public outreach officials in the defense sector downplayed this development as a consequence of tensions along the Line of Effective Control and the need to equip soldiers for better interaction with the People’s Liberation Army. in the field. But it is much more than that and will have positive results which can be considerable.

My exposure to the second attitude toward China among Indian policymakers came in 1995 from none other than then-Prime Minister PV Narasimha Rao in a conversation about the rise of a unipolar world. Rao took the curious view that the Cold War was not over. Only one phase of the Cold War ended with the collapse of the Berlin Wall, he insisted. The next phase of the cold war would be between China and the United States. It was like looking strangely at today’s circumstances more than a quarter of a century ago. Rao insisted that in this phase, India should stand with China and not the United States, just as it was closer to the Soviet Union, not the United States, during the first cold war.

This is a foreign policy position that few in New Delhi would support in public today, although many strategic experts share this view in private. Like the army’s plans to improve Mandarin skills, Rao, India’s first human resources development minister, introduced the Chinese language in Indian schools. His myopic successors as prime minister killed this visionary initiative.

Between these two attitudes on China, there are a large number of Indian sinologists, who know China very well, but have learned above all about the northern neighbor, as do today the young aspirants to the civil service who prepare the Union Civil Service Commission examinations.

Desperate for new knowledge about China and outside-the-box thinking, Manmohan Singh embarked on a course that broke with convention: he took a personal interest in sending diplomats to Beijing who had absolutely no no prior training in sinology. In late 2006, Singh received a suggestion to send S Jaishankar as High Commissioner to Colombo. “No,” he told an aide. “I want Jaishankar to go to Singapore. From this reliable outpost, he will oversee China for two years and then travel to Beijing as an ambassador. Jaishankar had no previous experience in China when he came to Beijing in mid 2009. A year later, Rahul Chhabra, a French-speaking officer, was sent as deputy head of mission to Beijing.

After abandoning the experiment for 23 months, Prime Minister Narendra Modi again embraced this policy by sending Vikram Misri as ambassador in January 2019. Misri, too, had not dealt with China when he returned to Beijing.

It will be a breakthrough effort over the next decade and a half for India to catch up with China while India still has the potential for a demographic dividend. China has grown rapidly while having the same advantage over the past decades. Thus, original thinking is essential, otherwise the current general asymmetry with China will become permanent. This will drive India into the arms of the United States, a declining world power, and New Delhi’s strategic autonomy will be lost.

Juxtaposed with external challenges at 75, India’s greatest external opportunities lie in the Gulf. If there was a diplomatic version of Ripley’s Believe it or Not, one element that might fit is the bizarre truth that no Indian prime minister visited close neighbor the United Arab Emirates for three decades until what Modi prioritizes the Gulf in his foreign country. political calculations. India’s relations with the UAE are on track as a ‘comprehensive strategic partner’, but New Delhi needs to catch up with other Gulf states, especially Kuwait, where Atal Bihari Vajpayee launched the first campaign awareness of his party in the Islamic world in 1997, when he was chairman of the parliamentary permanent committee for external affairs.

The strategic community does not fully understand that Saudi Arabia is the next frontier for Indian entrepreneurship, infrastructure businesses and labor export under the leadership of its reformist Crown Prince, Mohammed bin Salman Al Saud.

India has less than 10,000 cinema halls, according to the government’s Directorate of Advertising and Visual Advertising. With the lifting of the ban on public cinemas, it is expected that Saudi Arabia will have 20,000 cinemas by 2030. Who else is better placed to build these cinemas than the ancillary industry of Bollywood, who is in the neighborhood! Especially since most of these cinemas will show Indian films.

This is just one example of the opportunities for India in the Gulf that need to be exploited. These opportunities were notoriously missed in the past and there was a complacency that remittances from Indian workers were all that mattered. The Gulf is a mission for India and its potential must be fully realised.