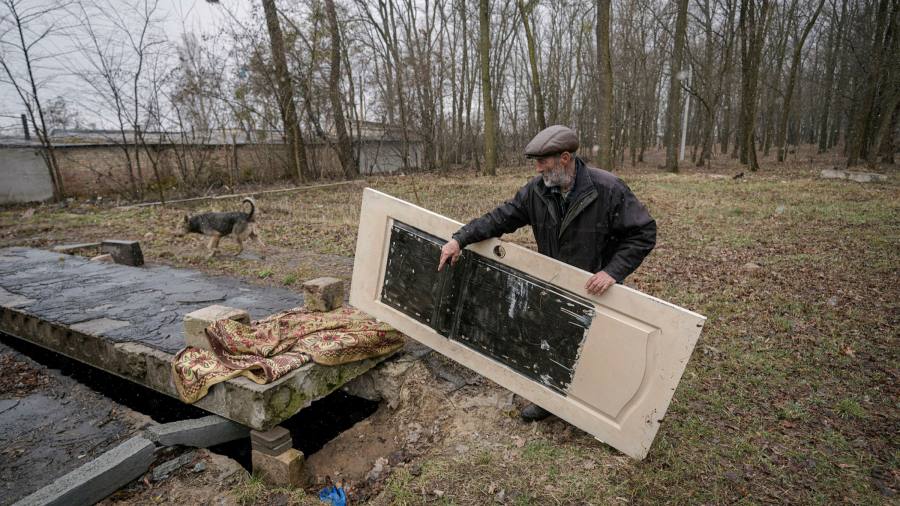 China has reacted silently to allegations that Russian troops committed atrocities against civilians in Ukraine as Beijing tries to balance its support for Moscow with the growing fallout from the invasion.

As governments around the world condemned Russia after photos and videos were published of unarmed people, some with their hands tied behind their backs, who were apparently shot dead in Bucha near kyiv after Russian forces withdrew, the Chinese government remained silent on Monday morning.

Beijing has refused to define Russia’s attack on Ukraine as an invasion. Despite expressing concern about the humanitarian consequences of the war and calling for a peaceful resolution, Beijing did not censure Moscow and echoed Russia’s arguments over its alleged security concerns.

The Chinese position is consistent with a partnership described as “unlimited” by the leaders of the two countries, based on their common opposition to the United States and its global influence.

Several state media did not mention the Bucha killings at all, while some only reported Moscow’s denials that Russian forces were involved.

On Chinese social media, posts containing the images remained available Monday morning with a few users expressing their horror at the news. But China’s Weibo microblogging platform has been filled with posts from prominent bloggers questioning the veracity of the photos of corpses and blaming the violence on Ukrainian “Nazi” fighters.

A Weibo user named Shiguang liushi from shijie asked why family members of the dead had not recovered their bodies four days after Ukrainian troops regained control of the area.

“No offense, but [ . . . ] try to be neutral and think about it,” the user wrote. “If you are a resident of Bucha and a member of your family is missing, won’t you go find them? If you find the corpse of your family, will you let it continue to rot in the desert for 4 days?

Another user with the handle Baorong wanwu heng heshui wrote: “Actually I am not at all surprised by the massacre of Ukrainian civilians in Bucha. While the authorities in kyiv distributed automatic weapons to everyone [including criminals released from prison]we should not be surprised at the consequences.

However, a Weibo user whose handle indicated that he was based in Paris posted images of Bucha and added: “These videos and photos have already shocked the international community. French journalists who rushed to the scene to report found the location of the bodies.

Another user with a portrait of Clint Eastwood as an icon wrote: “This must be a turning point in WAR. . . Outsiders have no way of knowing the truth about the incident, but the mutilation of civilians is a fact. . . The Russian-Ukrainian WAR actually went in a direction beyond the control of a certain emperor. It is not something that can be controlled by power. If the party that started the WAR cannot occupy the dominant moral heights, the WAR will be difficult to continue.

The post used the English word for war and used homophones for some words to avoid being found by censors.

Xinhua, the state news agency, on Monday did not publish any reports of killings of civilians.

On China Central Television, the war in Ukraine was relegated to the end of the hourly news program as usual, while Bucha’s atrocities were not mentioned.

Global Times, the nationalist tabloid owned by the party newspaper People’s Daily, cited a CNN report on UN Secretary General António Guterres as saying an independent investigation into the killings was essential.