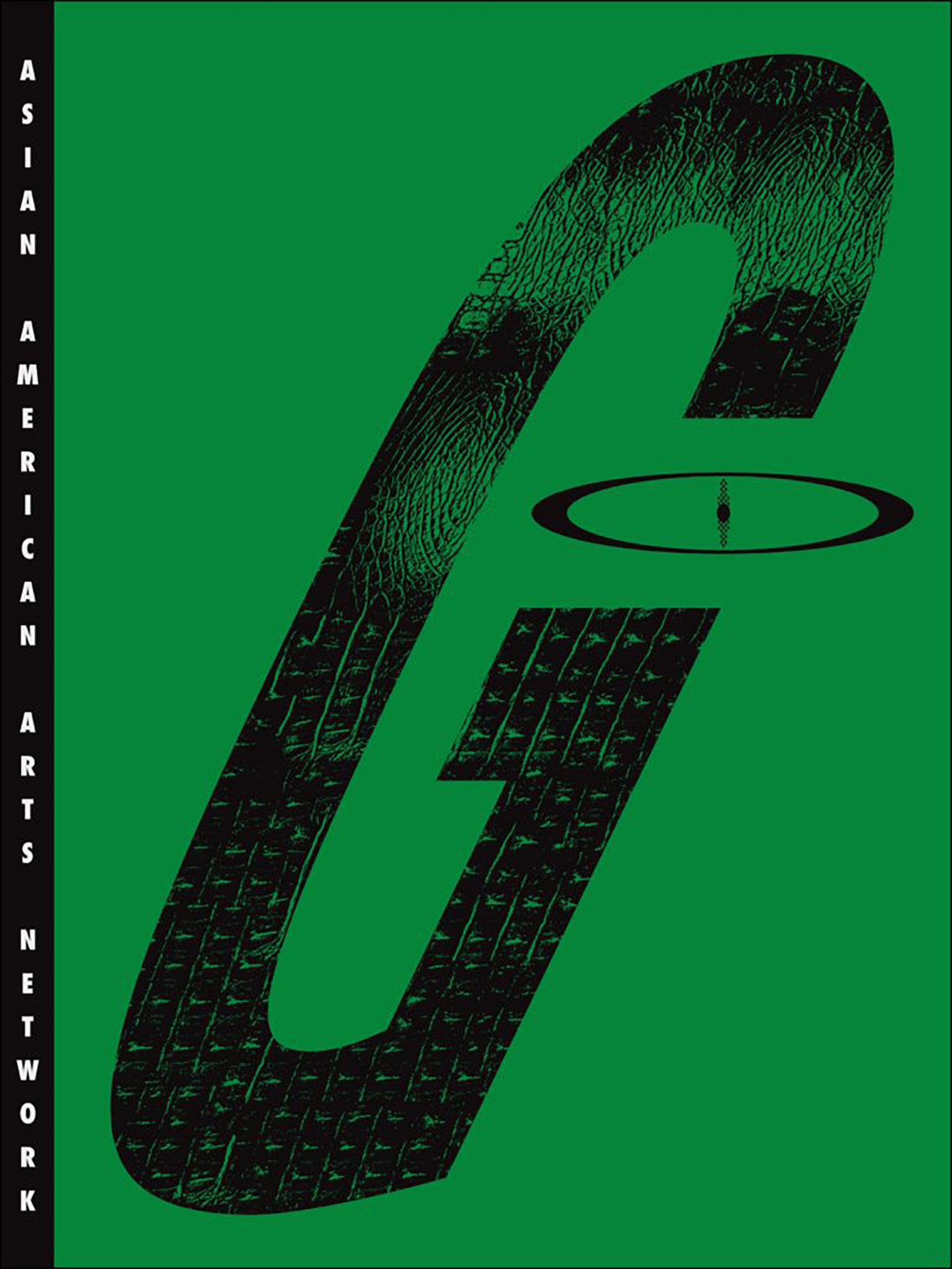 In July 1990, Ken Chu (aka “the Lizard King himself”), Bing Lee, and Margo Machida came together to consider founding an Asian American art museum, or exhibit, or organization, or a publication, or “guerrilla-style library”. Mo Bahc, Carol Sun and Tomie Arai at the next meeting and soon a lively group formed, eventually arriving at the collective name Godzilla, “the anarchist lizard” or “a monster that threatens to overthrow everything in its path”. Translated from Japanese Gojira After 1954’s first horror flick, which spawned the 1960s Godzilla sequels and perhaps had an airtight political message, the bold name endowed the “model minority” with street cred and popularity. a mythical pop culture powerhouse that never failed to impress.

Today, the collective’s decade of hard and intelligent work on behalf of the Asian American artist community has been immortalized in a 550-page tome. Godzilla was named “Best Book of 2021” by the Brooklyn Railroad, where Louis Block wrote that his reading “is a reminder that community building is itself a form of resistance”. The book is an extraordinary compendium of meeting notes, announcements, protest letters to institutions, miscellaneous others, and most notably a few meaty essays tracing the evolution of Asian American identity and beyond. Indicative of the evolution of identity politics, in 1995, halfway through its decade of activism, the group’s subtitle—Asian American Art Networkhas been replaced by Asian American Pacific Islander Art Network. (Unfortunately, its attractive informality allowed no indexes, though that would have been a Godzillian task.)

My book notes are longer than this review. It’s a gripping read for art activists, and a must-read in these days of (temporary?) focus on “diversity.” Godzilla includes ongoing discussions of whether to take a pan-Asian approach or highlight specific identities from a wide range of homelands and backgrounds – Chinese, Japanese, Korean, Vietnamese, Filipino, East Indian , etc These mixtures spawned significant works of art in a wide range of mediums and styles, most by members of Godzilla, which eventually gained recognition in the mainstream art world. Although a collection of scans is not set up to feature specific artists or artworks, for those in the know, the underlying breadth of styles and aesthetic intentions is huge, ranging from conceptual work by Yong Soon Min, murals and photo works by Tomie Arai, Bing Lee and content-driven abstractions by Byron Kim, environmental projects by Mel Chin, paintings by the late Hung Liu and many other (now) well-known names. known. The book is dedicated to Karin Higa, the charismatic senior curator of the Japanese American National Museum in Los Angeles, who started out in New York and died tragically of cancer far too young.

I often remember a curator at a major New York museum asking when my book Mixed Blessings: New Art in a Multicultural America came out in 1990, “Where did you find all these people?” As if the Basement Workshop, the American Indian Community House, the Studio Museum in Harlem and the Museum of Contemporary Hispanic Art had not been active for many years. (And that was right in New York.) Godzilla emerged to challenge such willful institutional ignorance that had marginalized Asian American art from the main menu. Socially engaged organizations like Group Material, PAD/D, CoLab and others were better informed, but never well enough.

The book begins with “Seeing Yellow”, artist and scholar Margo Machida’s brilliant essay for The show of the decade in 1990, the first major New York exhibition to recognize and explore multiculturalism. Exposing the multiple and heterogeneous Orientalist stereotypes emphasizing the folk and the traditional (and the racist) that continue to plague the contemporary Asian American art community, Machida wrote:

America is neither a “melting pot”, an “orchestra” nor a “salad”, but a loose confederation of autonomous sub-groups in dynamic interaction. […] In developing cross-ethnic interpretations that limit Eurocentric assumptions, there is a need to establish a body of knowledge based on local description – both in the societal context in which distinctive Asian American art forms are produced and in understanding of their functions as symbolic constructions and objects of the world.

Alas, his analysis remains relevant 30 years later, as does the outburst of outrage in 1982 when Vincent Chin, a Chinese American mistaken for Japanese by two white autoworkers, was murdered. of an economic crisis blamed on Japan. Given the recent increase in violent hate crimes against Asian Americans, Godzilla’s militant approaches are significant.

Godzilla had significant predecessors, from which some of its members emerged. The Basement Workshop was the first Asian American activist art collective, founded in New York’s Chinatown in 1970 to highlight cultural/political issues and grassroots community mobilization. The Chinatown History project was another source of inspiration, as was the 1982 founding of the group Epoxy focused on Chinese-American émigrés. In 1998, the New Museum included in its Urban encounters show an installation entitled From the basement to Godzillacharting that impressive trajectory, which had also extended to the Bay Area with Godzilla West.

In Artists Space’s 1993 New world order series, Godzilla offered The curio shop, his “first collective installation project”, targeting stereotypes, which Homi K. Bhabha described as “arrested forms of representation”. Godzilla, as Lawrence Chua said, was the “Bull in the China Shop”. Pamela Lee’s text was about “Asian Fetish”; Asian female fetishism was a recurring issue for feminists. Within each ethnic constituency, feminist responses are often culture-specific, a fact that had eluded most of us second-wave activists. As Machida wrote in 1991, Asian American women’s relationship with mainstream white feminism is “conflicted” because the mainstream “remains primarily associated with a gendered approach, whereas women of color” must consider themselves in light of race, sexuality, immigration history, and class too.

Godzilla was not immune to controversies around identity politics with its own community. Californian artist/curator Betty Kano wrote a review of Machida’s 1995 exhibition Asia/America, noting the “claustrophobic effect of focusing on identity” and the “largely upper-class” origins of many artists. Godzilla member Carol Sun, raised in an Irish/Italian neighborhood of the Bronx, recalls bullying, sexism within her own ethnicity, and the all-too-common question, “Where are you? really from?” Behind all these questions lies what Higa called “the fragile and scientifically unsubstantiated notion of race”. [which may] make any race-based alliance suspect,” but Godzilla’s openness and “non-judgmental stance […] welcomed criticism at the same time as he strategically accepted notions of race as a pragmatic organizing principle.

Godzilla has regularly clashed with mainstream institutions, most notably in 1991 when they challenged the Whitney Museum’s omission of Asian American artists from the Biennale. The group grew again, post-mortem, in 2020, when many of its former members pulled out of a planned retrospective (Godzilla vs. the Art World) at the Museum of the Chinese in America, another Basement offshoot, to protest its support for building a local jail and suspect city funding for the museum.

Godzilla didn’t have an official end, “slowly died out” in 2001, as Higa put it. His “last official exhibition” Why Asia?, was dedicated to active writer/curator Alice Yang, who died in 1997. However, it’s safe to say that Godzilla actually had no ending. Despite his historic success, he continues to be a necessary model for contemporary ethnic activism, and this book will amplify his influence. In a 1992 newsletter, Augie Tam wrote from California: “May Godzilla trample and wreak havoc on America’s bastions of cultural elitism!”