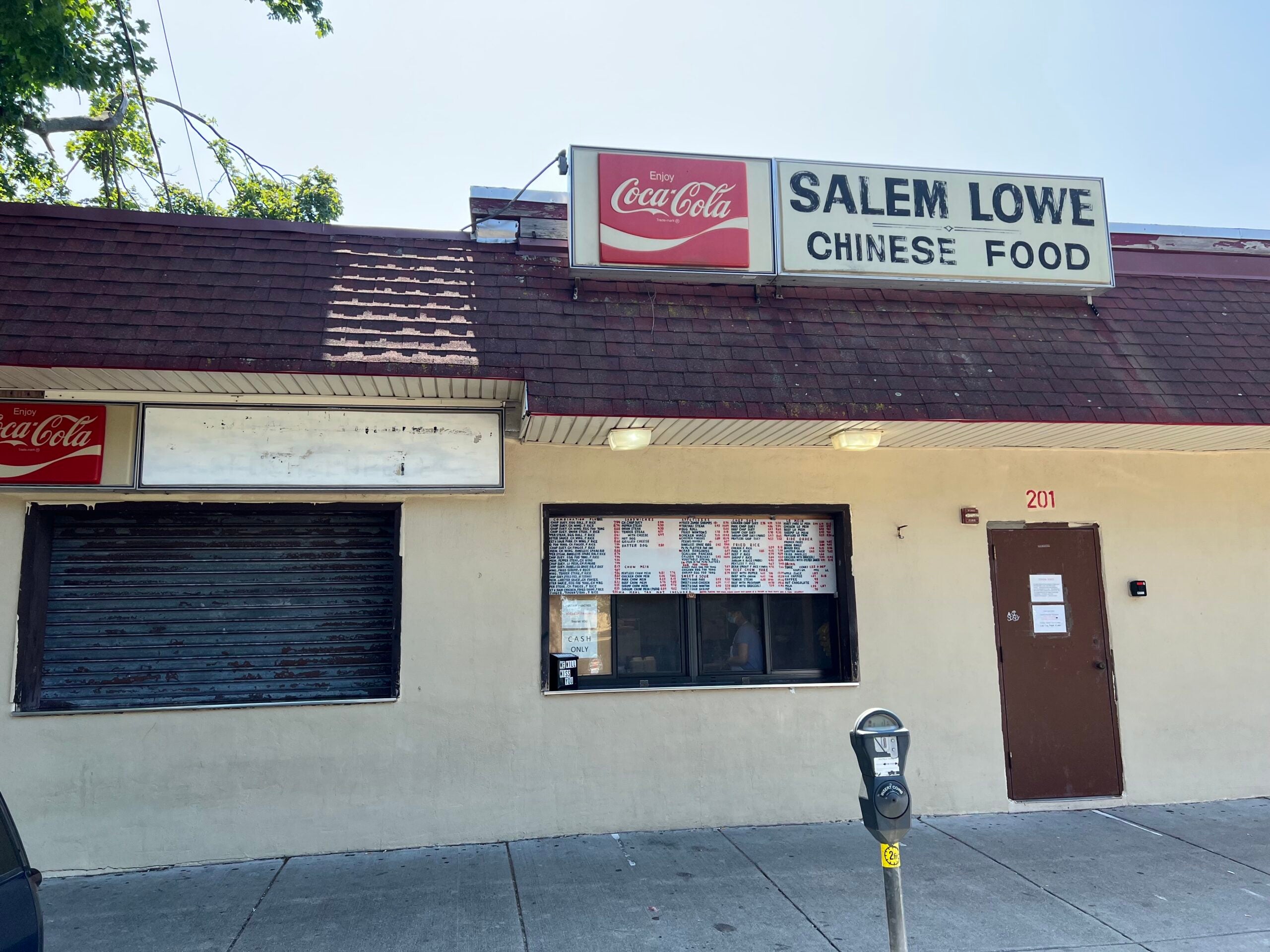 Salem Lowe, an iconic Chinese restaurant located in Salem Willows Park on the North Shore, will serve its last meal on August 14. The place was a staple in the Salem community, known for its famous chop suey sandwiches and other dishes, such as chicken fingers, crab rangoons, chow mein, sweet and sour pork and fried wontons.

We asked readers to share their favorite Salem Lowe memories, and they responded with stories about the neighborhood haunt. Many remembered going to the restaurant, which had been in business for over 50 years, as children or when visiting family. Readers say they will miss Salem Lowe and eating there was something of a tradition.

We’ve put together 13 thoughts on what Salem Lowe meant to guests. Read their stories below.

“When I was in college, my friend lived next door and I got the lo mein 3 [or] 4 times a week. I took change from my father’s coin drawer to pay. It was so good. Now [that] I usually eat there once or twice a summer. I will miss it. Their closure will leave a huge hole in my summer traditions and in Salem.

“I grew up in Peabody, and every summer my parents had to eat chop suey sandwiches from Lowe’s. I remember my sisters picking up sandwiches and surprising them with lunch. It wasn’t until I was older that I tried one and liked it. I live in Maine now and have never seen anywhere else that served these sandwiches – a truly unique treat that we will miss.

“As a single mother, it was a place where I could afford to have dinner for my three children, plus myself. We were walking on the pier and around the park. It’s so special to me. I also took my seven grandchildren there many, many times. There is no place like this anywhere. Thank you Salem Lowe for many, many great memories.”

She and my sister have sworn by them ever since.

“What am I going to miss at Salem Lowe’s? Chop suey sandwiches. Combo plate #1. I’ve been ordering both since about 1970 and longer for my paternal grandparents, parents, siblings. A Salem Lowe’s chop suey sandwich was one of my dad’s favorite things.

In 1978, my parents and I flew to visit my aunt and sister living in Anaheim, California. Our carry-on included a small cooler with two liters of Salem Lowe’s chicken chop suey (frozen). The owner of Salem Lowe’s father mentioned in the online article knew my father by sight. Every time he spied [my] dad at the window, he knew [my] Dad would order a bunch of chop suey sandwiches and combo plates for immediate consumption – and that in a few hours. [my] Dad would be back at the window, ordering at least another sandwich for the road, plus two pints to take back to Somerville.

To my family, Salem Lowe is my father. Salem Willows was our refuge from the hot city on a scorching day of a summer night. “Everyone in the car, we’re going for a ride.” He never said where we were going, but once I saw the Charleston Chew sign in Everett, I started hoping we were heading to Salem Willows. The old Revere Spice Factory sign was next. The miles to go from this point to Salem Willows and the original location of Salem Lowe – between the two large archways – took an absolute eternity. Eventually the sign for Salem Willows and Winter Island was visible. This meant we only had to find a parking space (always a battle!) and queue (there was ALWAYS a queue in the early 70’s) and then wait another absolute eternity for our order was ready – then finally the freshest, tastiest, gooiest chicken chop suey on a steamed hamburger bun was on hand – pretty much my family’s version of eating chicken. ‘ambrosia.

When my dad passed away in 2014, my brothers drove to Salem Lowe for pints and pints of chop suey to serve at the post-funeral snack.

I will be making several visits over the next few weeks. I plan to hoard the pints I bring home, in the freezer, as much as I can. And in crying, I foresee that there will be many tears shed by me.

“It’s a nearby North Shore tradition to take a trip to Salem Willows, whether you make it an all day event, stop for a few hours to have fun and eat, or just take a trip for dinner and dessert. Whatever your purpose, it was always worth the trip for [a] Chinese food plate with steak, rice and chicken fingers. The worst part is that I have no way of making it this year so I can’t have one last plate!!! It certainly won’t be the same without them. Thank you for all your years of service and great food; I wish you the best for your retirement.

“My husband and I always like to go to Salem Lowe when we go to Salem Willows Beach. They have the best chicken fried rice we have found! So many good memories here.

“We’ve been going to Salem Lowe at Willows since I was a kid. Today, in the early 70’s, I still go there, as does my daughter. My mom always got the chop suey sandwich, and it had to be wrapped in paper with a plastic fork stuck in it. My dad didn’t eat Chinese food, so he got a cheeseburger and a box of fries! I like chicken chop suey and pork lo mein. My daughter [likes] the fried rice, the chicken wings and I loved their chicken fingers because she says their batter is the best! We will miss our trips to Salem Lowe’s at the Willows, but just wish Dave the best in his retirement!”

“My parents took me to Salem Willows every year when I was a kid in the 1980s-90s, and we’ve even visited occasionally since. EW Hobbs popcorn bars and chop suey sandwiches Couldn’t miss the skee ball and classic coin-operated machines, like the miniature monkey marching band.

I dread the day when gentrification will wipe out places like Salem Willows and Salisbury Beach, just as Revere Beach and Whalom Park were wiped out. For working class/middle class people, these places are like Cape Town and the Isles or the Berkshires, but Massachusetts is increasingly hostile to these places and people.

“I’ve been going to Salem Willows since I was a kid. I just turned 60, so it’s been a long time. Having a chop suey sandwich at Willows is a tradition. Just like playing skee ball, fishing off the pier, and getting a bag of peanuts. It will never be the same.”

“I’ve been going there since the 1960s. My parents took me there. Then I took my children there, and now I take my grandchildren there. Sorry to see you go, but you deserve the rest. Good luck. I loved what you are doing.

“Every summer since I can remember, it’s been a tradition to come here with my dad and eat chicken and chop suey sandwiches. We will miss you. [A] very bittersweet goodbye, but we wish you the best and nothing but happiness.

“Good luck in retirement, David. — Bob (the guy from the fire department).

Stay up to date on the latest food news from Boston.com.